The Hero that saved over 2,000 Lithuanian Jews during the Holocaust 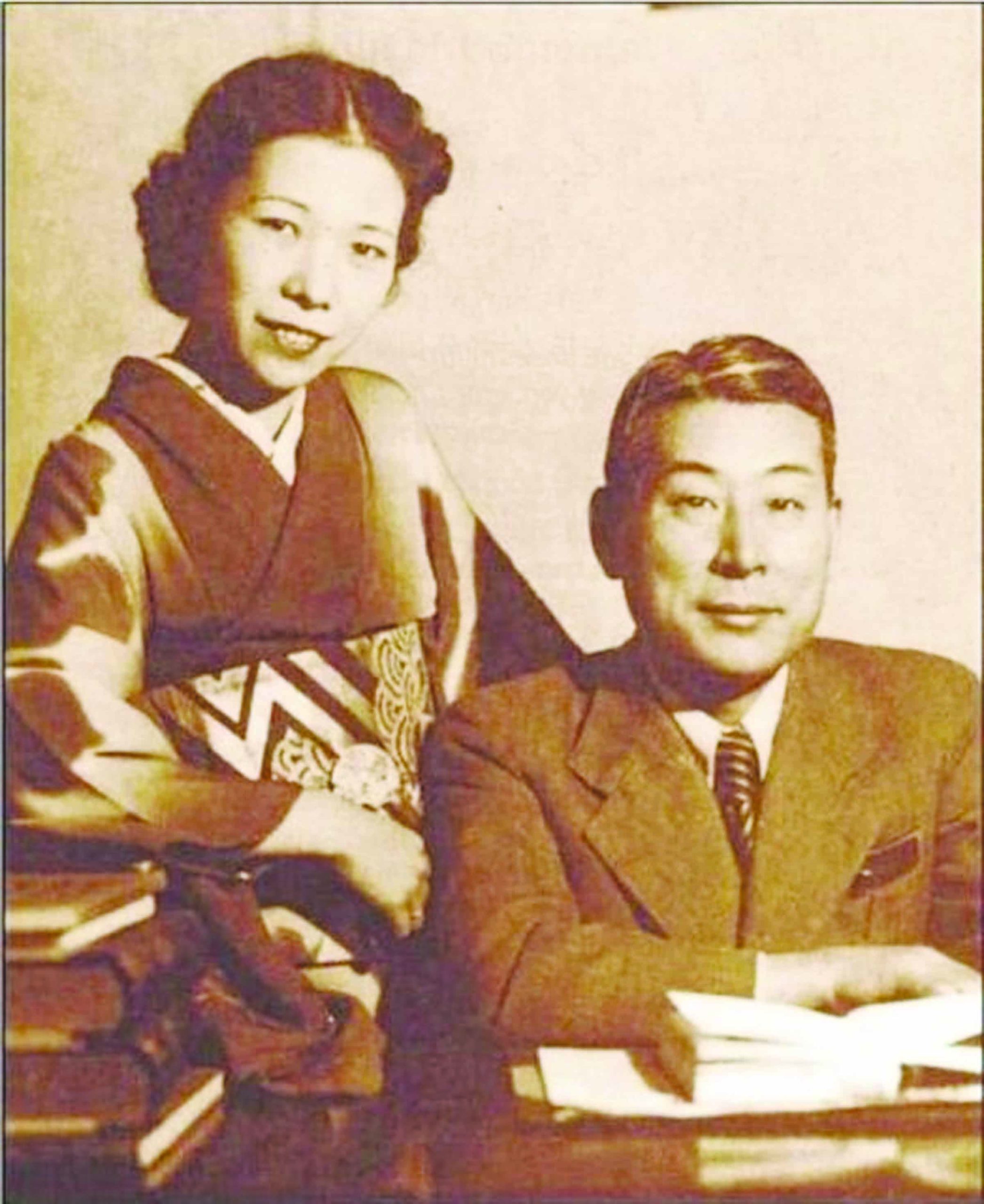 Yesterday marked 122 years since Chiune Sugihara was born. Sugihara was a Japanese diplomat serving in Lithuania during the Nazi invasion of the country beginning in June of 1941. He issued visas to over 2,000 Lithuanian Jews during the Holocaust, saving their lives. Thanks to him, 40,000 descendants of those he saved are alive today.
When asked why he would defy his own governments orders endangering his and his families lives he simply answered, “My obedience to God and doing the right thing no matter the cost over ruled their orders.”
The forgotten history of Chiune Sugihara, the Oskar Schindler of Japan who is credited with secretly saving over 2,000 Jews from the Nazis.
In the course of human existence, many people are tested. Only a few soar as eagles and achieve greatness by simple acts of kindness, thoughtfulness and humanity. This is the story of a man and his wife who, when confronted with evil, obeyed the kindness of their hearts and conscience in defiance of the orders of an indifferent government. These people were Chiune and Yukiko Sugihara who, at the beginning of World War II, by an ultimate act of altruism and self-sacrifice, risked their careers, their livelihood and their future to save the lives of more than 2,000 Jews. This selfless act resulted in the second largest number of Jews rescued from the Nazis. Following the German invasion of Poland on September 1, 1939 hundreds of thousands of Jews and other Polish citizens fled eastward ahead of the advancing German army; many refugees found at least temporary safety in Lithuania. Options for escape were limited and required diplomatic visas to cross international borders. One route was through Asia using a combination of permits issued by foreign envoys responding to the refugee crisis: a bogus visa for entrance to the Dutch Caribbean island of Curaçao and a visa for transit through Japan.
One such diplomat was Japanese Imperial Consul Chiune Sugihara, the first Japanese diplomat posted in Lithuania. In the absence of clear instructions from his government in Tokyo, Sugihara granted 10-day visas to Japan to hundreds of refugees who held Curaçao destination visas. After issuing some 1800 visas, Sugihara finally received a response to his cables alerting the Foreign Ministry in Tokyo of the situation in Lithuania. The Foreign Ministry reported that individuals with visas headed for the United States and Canada had arrived in Japan without money or final destination visas. In his response, Sugihara admitted to issuing visas to people who had not completed all arrangements for destination visas explaining that Japan was the only transit country available for going in the direction of the United States, and his visas were needed to leave the Soviet Union.
As the Nazi regime began tightening its chokehold on Europe, Japanese Consul-General Chiune Sugihara and his wife Yukiko watched with increasing concern as Lithuanian Jews were persecuted, driven out of their businesses, and forced away to “labor camps.” Finally, Sugihara decided enough was enough, and set out to bring the Jews of Europe onto Japanese soil and out of Hitler’s reach. The Japanese government, however, didn’t approve of the idea, and shut down Chiune’s request to issue visas for the fleeing Jews. In response — and in true Oskar Schindler fashion — Sugihara essentially told them to shove it, and began to write the visas by hand. He and his wife ended up writing what some estimate to be around 2,000 visas for Lithuanian Jews, an incredible feat that’s even more unbelievable when you compare it to Oskar Schindler’s record of 1,200 saved through his work program. The last foreign officials to remain in Kuanas, Lithuania, save for a Dutch consul, Sugihara and his wife worked round the clock, issuing close to 300 visas a day and distributing them to the refugees who gathered outside of the Japanese consulate gates.
When Sugihara was finally ordered to leave, he continued to write visas and throw them from the train as he departed, and left his official visa stamp with one of the refugees so they could continue his work in his absence. It is estimated that he saved nearly all of the people who received visas, and after arriving in Japan, the Jewish refugees called themselves the Sugihara Survivors in honor of his bravery.
So why hasn’t his story been broadcasted like Schindler’s? Unfortunately, Japan was still operating under the samurai code of honor during this time, and to defy a superior was considered unforgivable. So rather than award their comrade for his contributions to the war, he was removed from his government position and forced to live in dishonor until his death in 1986.
Because of his efforts, Yad Vashem awarded him the title of “Righteous Among the Nations” in 1984.
Numerous shrines, statues, and parks in Japan and Israel were recently created to honor Sugihara and his family.
The Giant Killer book & page honors these incredible heroes making sure their stories of valor and integrity are never forgotten.