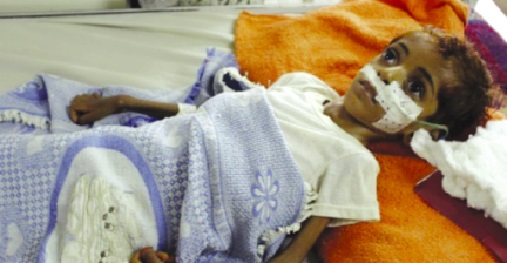 Nahian Arefin
A little boy struggles to breathe, who is too tired, too hungry, to cry in the emergency room of Nasr Hospital in Yemen. This is a very common scene of recent war crash Yemen.
The boy is a representative of five million Yemeni children who probably couldn’t celebrate their next birthday due to war.
UN children’s fund has stated the situation as a ‘living hell’ for minors.
UN has warned that international aid agencies are losing the fight against famine in Yemen. Already eight million Yemenis are facing starvation and another 3.5 million will be added soon. But the matter of worry that more than half are children.
Mahmud Ali Hassan, director of Nasr Hospital notified the situation as pure misery.
“Most cases we receive are malnourished children. We get three to four cases a day. The ward is always full. It’s full right now,” he said.