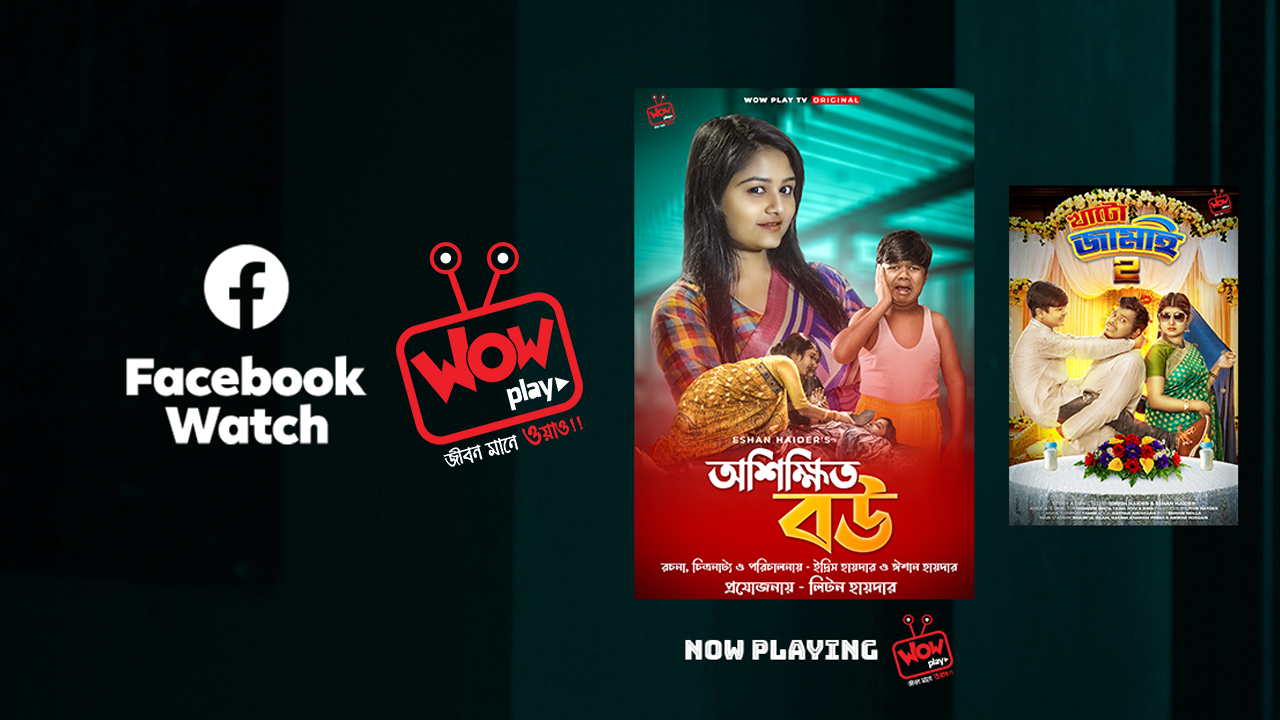 “Wow Play TV” is a drama video creator, broadcasting & media company of Bangladesh where they are operating their production as a video creator on their Facebook page “Wow Play TV” which is based on entertainment. They produce exceptional funny, motivational, dramatic video scene, drama series from their Facebook page which is also visible to Facebook Watch. Recently, Wow Play TV has got massive response on the drama series “Khato Jamai 2” released this year which is a sequel of “Khato Jamai”.

At present, most of the film production companies are depending on video on demand platform to establish their brand. Wow Play TV is one of them. They are continuing their production from 2019 where they are focusing only on Facebook Watch as a video creator. They released multiple Bengali dramas as a series with top ranked celebrity of Bangladesh such as Khato Jamai, Khato Jamai 2, Mia Bari, Oshikkito Bou, Ultrasonography, Ma Baba and so many. For upcoming video content, the owner of Wow Play TV Mr. Eshan Haider said “We are going to produce more video series to create social awareness. Because beside releasing funny and dramatic video we can see that some of our page audiences demanding educational videos which influences social awareness. So, we are developing this side now for our Facebook Page.

He also informed that Wow Play TV is going to release another comedy drama series “Petuk Bou” season one which is Directed by Idris Haider and Eshan Haider.