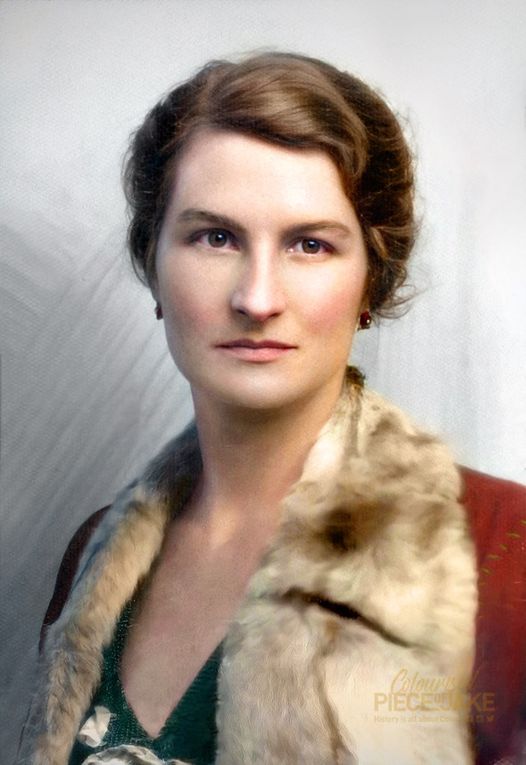 Virginia Hall, a.k.a. the ‘Limping Lady,’ organized sabotage and rescue operations across Vichy France, paving the way for the Allied invasion. She was America’s Greatest Female Spy.
During World War II, Nazi officials were constantly hunting down resistance fighters and the allied spies who aided them. But there was one foreign operative the Third Reich held special contempt for—a woman responsible for more jailbreaks, sabotage missions and leaks of Nazi troop movements than any spy in France. Her name was Virginia Hall, but the Nazis knew her only as “the limping lady.” Virginia Hall did walk with a pronounced limp, the result of a freak hunting accident that required the amputation of her left leg below the knee. In its place was an ungainly seven-pound wooden prosthetic that she lovingly nicknamed Cuthbert. Hall was raised in Baltimore, Maryland by a wealthy and worldly family that put no limits on their daughter’s potential. Athletic, sharp and funny, she was voted “the most original in our class” in her high school yearbook. She began her college studies at Barnard and Radcliffe, but finished them in Paris and Vienna, becoming fluent in French, German and Italian, with a little Russian on the side.After graduation, Hall applied to the U.S. Foreign Service, eager to see the world and serve her country, but was shocked to get a rejection letter reading, in effect, “No women, not going to happen” Hall went back to Paris as a civilian in 1940 on the eve of the German invasion. She drove ambulances for the French army and fled to England when France capitulated to the Nazis. At a cocktail party in London, Hall was “railing against Hitler,” says Pearson, when a stranger handed her a business card and said, “If you’re really interested in stopping Hitler, come and see me.” The woman was none other than Vera Atkins, a British spymaster believed to be Ian Fleming’s inspiration for Miss Moneypenny in the James Bond series.
Atkins, who recruited agents for Winston Churchill’s newly created Special Operations Executive (SOE), was impressed with Hall’s firsthand knowledge of French countryside, her multi-language fluency and her unflappable moxie.
In 1941, Hall became the SOE’s first female resident agent in France, complete with a fake name and forged papers as an American reporter with the New York Post. She quickly proved exceptionally skilled at not only radioing back information on German troop movements and military posts, but also at recruiting a network of loyal resistance spies in central France.
What 1940s spy craft lacked in technological sophistication, it made up in creativity. The BBC would insert coded messages into its nightly news radio broadcasts. Hall would file “news” stories with her editor in New York embedded with coded missives for her SOE bosses in London.
“In Lyon, Hall would put a potted geranium in her window when there was a pickup to be made,” says Pearson, who spoke to some of Hall’s aging compatriots in France. “And the pickup would be a message behind a loose brick in a particular wall, or it might be go to a certain cafe, and if there’s a message, the bartender would give you a glass with something stuck to the bottom of it.”
Hall became so notorious to Nazi leaders that the Gestapo dubbed her “the most dangerous of all Allied spies.” When Barbie and the Gestapo distributed wanted posters for the “limping lady,” Hall fled the country the only way she could, a grueling 50-mile trek over the Pyrenees mountains southward into Spain. Her Spanish guides first refused to take a woman, let alone an amputee, but she would not be deterred. The November weather was bitter cold and her prosthetic was agonizing.
At a safe house in the mountains, Hall radioed her superiors in London to report that she was OK, but that Cuthbert was giving her trouble. The deadly serious reply from SOE headquarters, which mistook Cuthbert for an informant, read, “If Cuthbert is giving you difficulty, have him eliminated.”
But Hall wasn’t done fighting Nazis. Since the British OES refused to send her back into France as a marked woman, Hall signed up with the U.S. Office of Strategic Service (OSS), a precursor to the CIA.
In 1944, months before the D-Day invasion at Normandy, Hall rode a British torpedo ship to France, and disguised as a 60-year-old peasant woman, criss-crossed the French countryside organizing sabotage missions against the German army. In one OSS report, Hall’s team was credited with derailing freight trains, blowing up four bridges, killing 150 Nazis and capturing 500 more.
After the war, Hall was awarded the Distinguished Service Cross, one of the highest U.S. military honors for bravery in combat. She was the only woman to receive the award during World War II. Back home, she continued to work for the CIA until her mandatory retirement at age 60. Hall passed away in 1982.