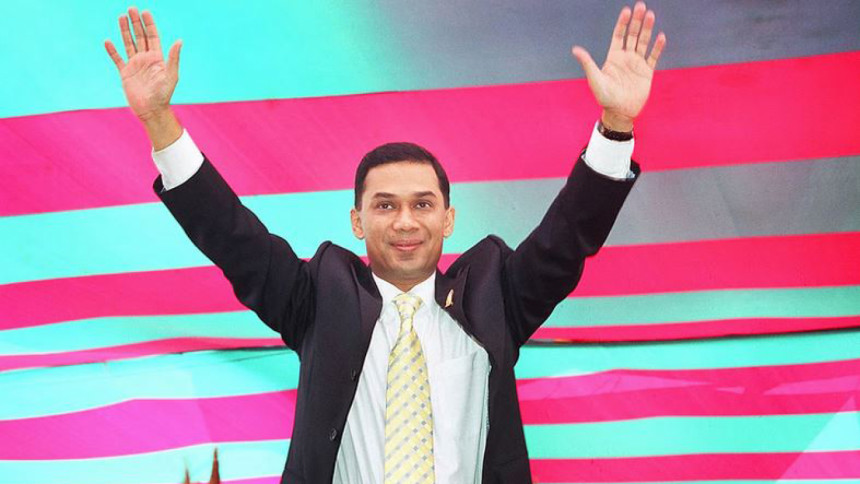 DOT Desk: Prime Minister Sheikh Hasina yesterday questioned how Tarique Rahman can lead BNP when “he can’t dare to return home”, reports The Daily Star.
Tarique went abroad during the caretaker government’s tenure, giving a bond that he would “not do politics anymore”, the prime minister said while addressing a discussion – marking the 73rd founding anniversary of Bangladesh Awami League.
Hasina, also president of AL, presided over the discussion held at her party’s central office in Dhaka’s Bangab-andhu Avenue through a videoconference from Gono Bhaban. She said it is incorrect to say that Tarique is not allowed to return to Bangladesh. “None drove him out. He willingly went abroad and didn’t return,” she said.