Won’t be unusual to see teammates doubting me: Shakib 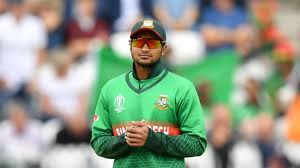 DOT Desk: [2] Shakib on Wednesday took questions from fans and journalists and answered during a live show on his YouTube channel. The top ODI all-rounder was asked if he would be able to get the trust and confidence of his teammates as before, reports The Daily Star.
[3] “It is a bit of a difficult question to answer. It is actually tough to say who has what going on in their minds. There may be doubts and there may be issues in trusting me [in my teammates’ minds]. But as I was in constant touch with everyone of my teammates during my ban, I hope that it will not be much of a problem. But it is true that they may have doubts. I will not regret that. However, it was such an incident [Shakib’s ban] that doubts can arise in the corner of anyone’s mind. But I always had confidence in my teammates and nothing will change in that regard,” said Shakib.

Shakib probably would not have to worry much about regaining his teammates’ trust. The premier all-rounder’s return from the ban in itself was a moment of festivity for fans and even his teammates.

Many Bangladesh cricketers including the likes of Mushfiqur Rahim, Mahmudullah Riyad, Imrul Kayes, Taskin Ahmed and many more expressed their excitement and happiness at the premier all-rounder’s return as they had taken to social media to welcome “champ” Shakib.