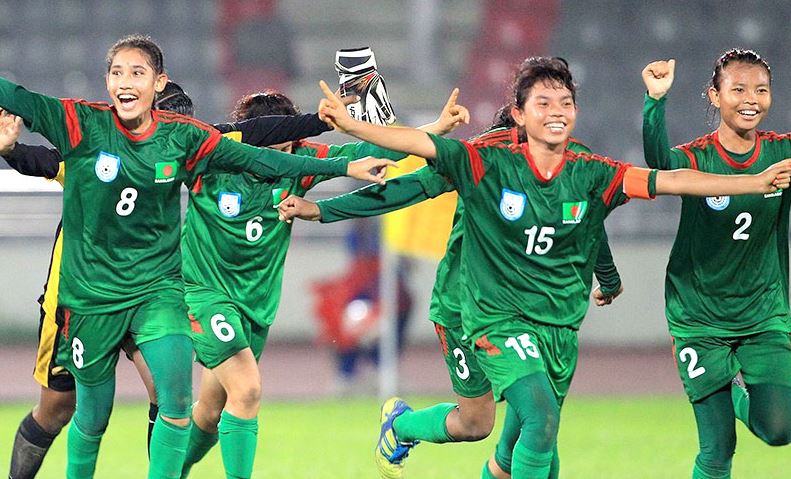 Hossen Sohel for DOT
[2] Following eight months’ break induced by the pandemic, women footballers are set to return to action with the Women’s Football League resuming on November 7, reported UNB, The Daily Star. [3] League leaders Bashundhara Kings will take on FC Uttar Bango at the Birshreshtha Shaheed Mostafa Kamal Stadium in the first match since the league was suspended in the middle of March due to the outbreak of coronavirus. [4] Even though Bangladesh Football Federation (BFF) cancelled Bangladesh Premier League last season, it did not call off women’s league, which had started after a seven-year gap with the participation of seven teams.
[5] “We have been working with the clubs since mid-September to resume the league. We have helped some clubs resume their training by maintaining health guidelines.

[7] Replying to a query, Shohag said, “It won’t be possible to bring all the players of the league under the Covid-19 tests but players of two to three clubs have already been tested. We have also provided health guidelines to the clubs and we will try to hold the matches according to those guidelines.”

The matches of the first phase will come to an end on November 11 and the second phase will resume on November 20. The league is scheduled to complete on December 20.

Meanwhile, the BFF has also decided to start JFA U-14 Women’s Football tournament tomorrow with the participation of 49 district teams in seven separate venues of the country.