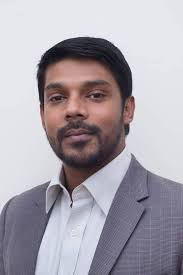 Shah Ali, Farhadis a lawyer, researcher and political activist, currently serving the Centre for Research and Information (CRI) as its Senior Analyst/BDnews24

From sports to politics, from businesses to the armed forces, the women of Bangladesh are shattering glass ceilings left and right. They are at the forefront of a new, emerging and confident Bangladesh. According to the World Economic Forum (WEF), Bangladesh is now the second most gender equal country in Asia, tops South Asia in gender equality and ranks 47th among 144 countries of the world in the Global Gender Gap Index.
But the journey has not been smooth or easy for the women. From social taboos, to conservative attitudes, they had to face a number of obstacles to arrive where they are today. They did however, have a strong and determined ally by their side: Prime Minster Sheikh Hasina.
Women’s empowerment is one of the ten ‘Special Initiatives’ of the Bangladesh prime minister, the progress of which she oversees herself. Since 2009, she has been undertaking a number of far-reaching and wide-ranging measures to ensure the holistic empowerment of women.