With brazen dissident arrest, Belarus finds itself more isolated than ever 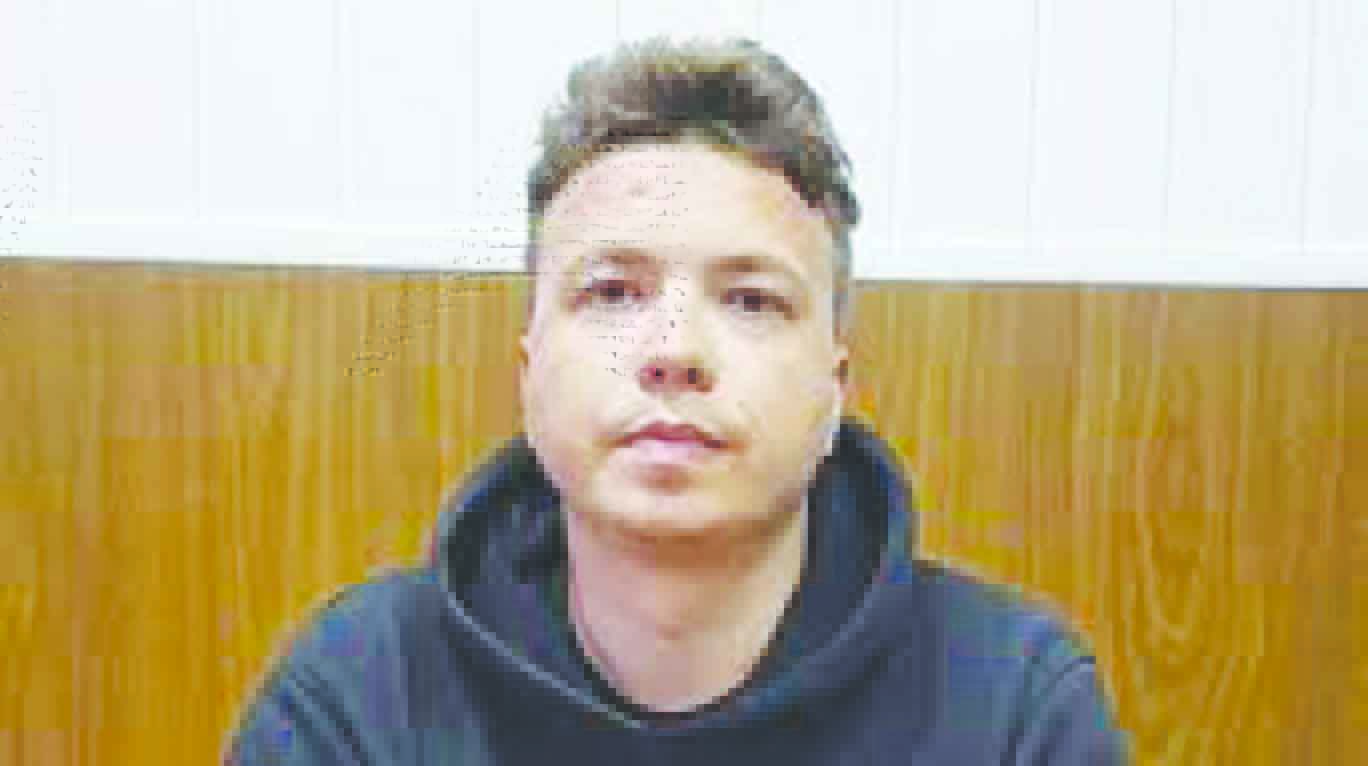 Belarus’ authoritarian leader, Alexander Lukashenko, has gone to extraordinary measures to cling to power in the face of the stiffest opposition to his rule in 26 years. Last weekend, this included the state-sanctioned hijacking of a passenger plane.
After Ryanair flight 4978 en route from Athens to the Lithuanian capital of Vilnius was forced to land in Belarus, the 26-year-old journalist dissident Roman Protasevich was arrested.
In a move not so far removed from Soviet-era practices, the government’s main security agency had put Protasevich’s name on a list of terrorists last year. He now faces a possible death penalty. According to Lukashenko’s press service, the president personally ordered a fighter jet to escort the Ryanair plane to Minsk after a purported bomb threat from the Palestinian militant group Hamas. It was a brazen violation of international agreements, but fitting with Lukashenko’s increasingly autocratic and isolationist style of rule.
Tireless campaign against government opponents
Belarus’ law on the “fight against terrorism”, enacted in 2002, defines terrorism as an attempt on the life of a government or public official carried out in connection with his government or public activities with the aim of destabilising public order or exerting influence on decision-making of government bodies or hindering political or other public activity.
A rather vague definition like this can be malleable in the hands of a dictatorship. Belarus’ laws are designed to vilify and incarcerate the opposition while protecting those in power. Lukashenko’s actions are informed by a sense of survival – even if this is at the expense of global norms and human rights. Less than a year ago, Lukashenko was declared the winner of a presidential election that was widely regarded to be rigged. A week later, an estimated 200,000 people marched around the country to demand he step down – the largest gathering in Belarus’ history. The government immediately cracked down, arresting many opposition leaders and forcing others to flee abroad.
A state built on its Soviet past
Belarus’ independence from the USSR in the early 1990s was not a true break from the Soviet-era mentality of state control. Coming to power in 1994, Lukashenko enacted policies that censored the media and demeaned human rights, consolidating his rule of an authoritarian state. Unlike other post-Soviet countries, such as the Baltic states, Georgia and Ukraine, which confronted the past and moved away from this style of rule, Lukashenko continued to weave a Soviet narrative of total control and power in Belarus. Political leaders often mobilise national symbolism in order to establish their legitimacy and a national narrative. In Belarus, for example, the Soviet-era flag was restored in 1995 and a controversial referendum gave the Russian language equal status to Belarusian. (Lukashenko is the Russian spelling for the president’s name, for example, while Lukashenka is Belarusian.) Schools and history books were changed to glorify the Soviet past. (Abridged)