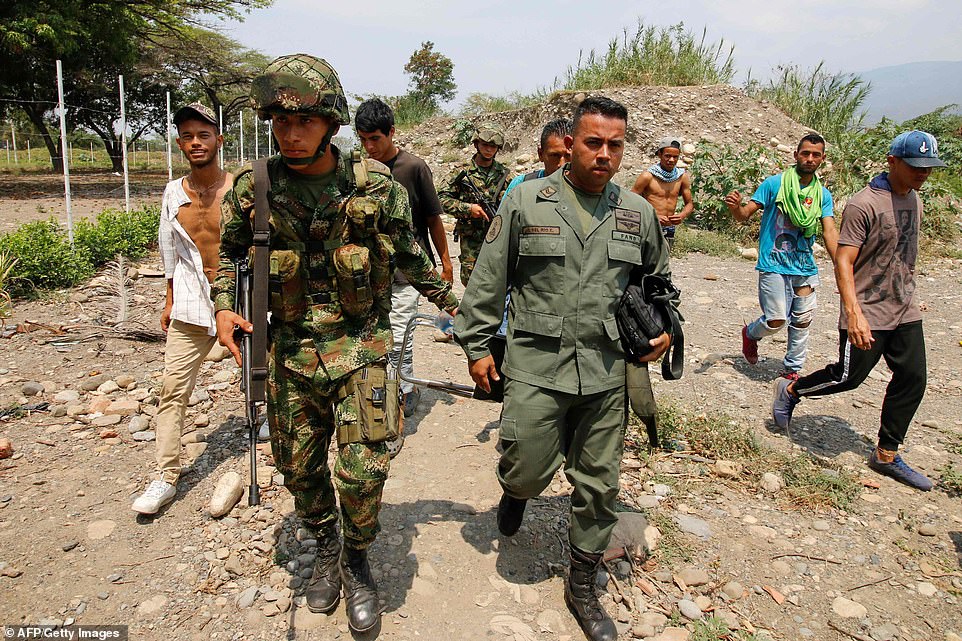 Abrar Hussain of DOT
Venezuelan soldiers defecting from President Nicolas Maduro’s army now fear for the safety of their families, according to new reports.
More than 100 Venezuelan government troops recently abandoned their posts and fled to neighboring Colombia amid deadly clashes over humanitarian aid in the crisis-hit country.
The defections came amid Juan Guaido, opposition leader and self-proclaimed interim president, calling on the military to abandon Maduro and help him bring in desperately needed aid and alleviate shortages of food and medicine.
But there are now concerns among some of those who did lay down their weapons that their families could face reprisals.
One 23-year-old soldier told the BBC that he feared forces loyal to the president may now “lash out against my family’ but added; ‘I think it was the best decision I could have made.”
International pressure is mounting on Maduro after fierce confrontations erupted along the southern border with Brazil and western parts near Colombia with reports of aid trucks being burned and civilians being shot with live ammunition, rubber bullets and tear gas.
-Source: The Daily Mail UK