Will Adam Levine have a happy birthday? 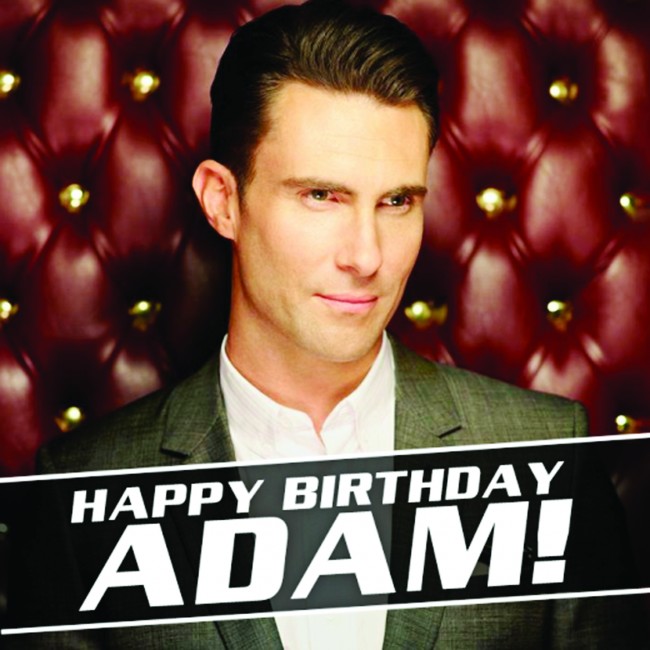 Adam Levine is set to celebrate his birthday today but all might not have smooth sailing in the Levine household. The Grammy winning artist has been rumored to receive divorce threats from his wife Behati Prinsloo which led him to be pressured into planning starting a family.
The 36 year-old singer and songwriter got married to Prinsloo in July 2014 and they announced plans to start a family only a month after the lavish wedding. However, according to a report by Gossip Cop, the couple was only inches away from getting a divorce because Levine was reluctant to start a family immediately until he succumbed to his wife’s wishes and decided it was time to start a family.
In the midst of all this confusion, there have also been rumors surrounding the celebrated star’s possible exit from The Voice. Levine has been a judge on the show from the very first season which aired in 2001.Although, there have been sources dismissing these rumor which state that even if he becomes a father, Levine will continue to be a part of The Voice and that TV show would be happy to accommodate his schedule in order to keep him as part of the cast.
Adam Levine emerged to fame as the singer and songwriter for rock band Maroon 5. They found their ladder up the charts with the help of their debut album Songs About Jane which reached Platinum over the span of only two years. Since then, he has also launched a successful solo career. With the emergence of these rumors, one can only hope that all goes well for him along with all the best wishes for his birthday.

The writer is a rock star by day and a horror fiction legend by night.