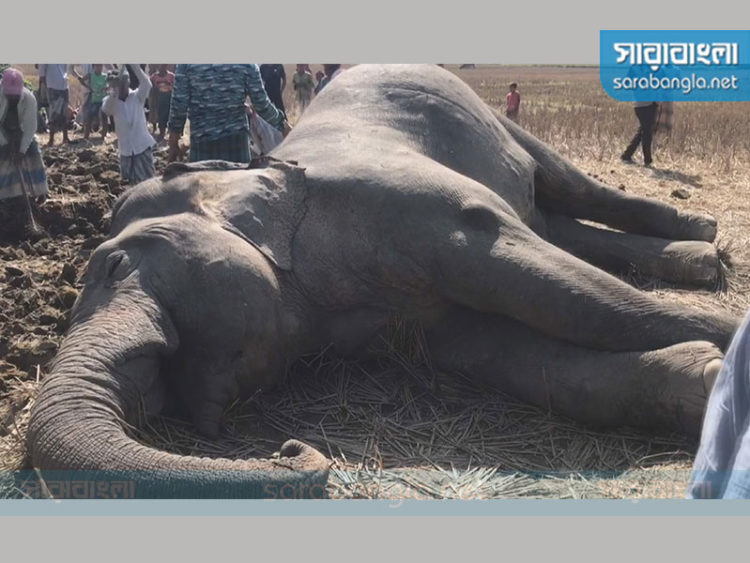 Rumi Akter Polly of DOT
[2] The inquest report said the dead elephant was found shot and electrocuted, reports Sara Bangla.
[3] The forest department also claimed that the elephant had been killed, reports samakal.com.
[4] The body of the elephant was found yesterday morning in a forest between two hills inside a protected forest area in Bara Hatia Union of Chittagong’s Lohagara Upazila, said Officer-in-Charge (OC) of Lohagara Police Station Zakir Hossain.
[5] OC Zakir Hossain said, “In the morning, the locals saw the dead elephant and informed the Chunti Forest Conservation Office. A GD (General Diary) has been issued by the Forest Department. There is mention of the death of the elephant due to old age. But later the inquest report said that there were bullet marks on the body of the elephant and there were also signs of getting electrocuted. Forest officials told us they would file a murder case.”

[6] Chittagong South Forest Divisional Officer Md. Shafiqul Islam said, “The Upazila Livestock Officer and Veterinary Surgeon prepared the inquest report on the dead elephant in the presence of officials from the Forest Department and the Wildlife and Nature Conservation Department and the police. It said the elephant had a sting on its body. There are also signs of electrocution. After the autopsy, the carcass of the elephant was buried in the forest.”

[7] Shafiqul Islam said, “Besides being electrocuted, who or what shot the elephant to death. We are preparing to file a murder case at the police station.”