Wife wants to see Mashrafe in charge of BCB 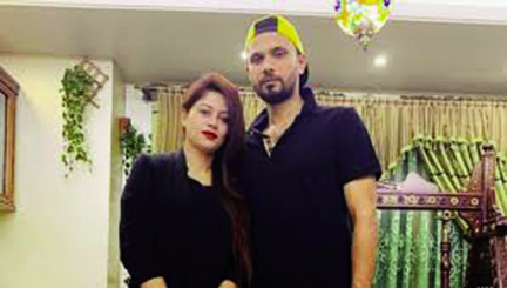 Imrul Hossain for DOT
[2] The West Indies team will play three-ODI and two-Test series against hosts Bangladesh starting this month, reports Somoy TV. [3] Bangladesh Cricket Board (BCB) has declared two separate teams for the two versions. ODI team is comprised of 24 members while the Test team is comprised of 20 members. [4] However, former captain Mashrafe Mortaza is not playing in the ODI tournament. The decision of the board has enraged the supporters of Mashrafe. A person wrote on Facebook that Mashrafe should be given the charge of the BCB.[5] Mashrafe’s wife Sumona Haque Sumi in her Facebook account wrote: You are a soldier, commander and king of the battle. It would be foolish to think of you as a soldier.”

[6] Mashrafe replied to his wife’s comment, saying that he did not understand what to say.

“I will take the decision when the battle will start and when it will end.”