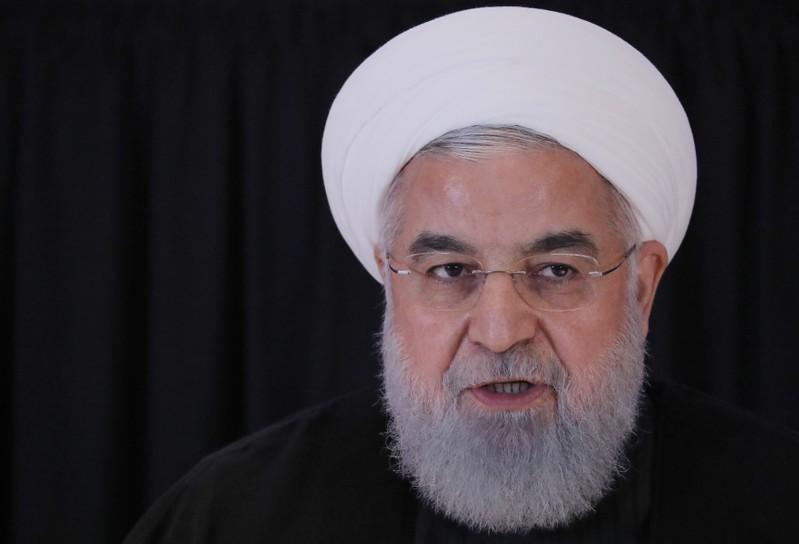 The messages from Tehran are stark. On October 1, Iranian forces fired six missiles at Islamic State positions in eastern Syria. The weapons landed within three miles of U.S. troops in the country; one missile shown on Iranian state television carried the slogan: “Death to America, “Death to Israel, Death to al Saud.” A statement by Iran’s Islamic Revolutionary Guards Corps (IRGC), said the missile strike was retaliation for a September 22 shooting attack on a military parade in Ahvaz, southwest Iran, that killed at least 25 people.
The missile attack, however, was clearly intended to deliver a message beyond the militant holdouts of Islamic State. It was an unequivocal signal to the Trump administration and its allies in the Middle East that Tehran will not change its foreign policy in spite of Washington’s escalation of sanctions – the next round is due in November – after President Donald Trump withdrew from the multilateral 2015 Iran nuclear deal in May.
Tehran got a boost for its approach on October 3, when the International Court of Justice (ICJ) ordered the United States to ensure that sanctions against Iran do not affect humanitarian aid or the safety of civil aviation. Although unenforceable and rejected by U.S. Secretary of State Mike Pompeo, the decision by the United Nations court will likely encourage the Iranian leadership to stay its defiant course. The ruling “proved once again that the Islamic Republic is right and the U.S. sanctions against people and citizens of our country are illegal and cruel,” Iran’s foreign ministry said in a statement shortly afterward.
Iran’s shift to a more “offensive” foreign policy following Trump’s decision to leave the nuclear accord five months ago is at least partly due to the empowerment of hardliners in Iranian decision-making circles, including hawkish elements within the Revolutionary Guards.
The IRGC’s missile strikes against Islamic State positions in eastern Syria came less than a month after its September 8 missile strike on several Kurdish opposition bases in Iraqi Kurdistan killed at least 11 and wounded many more. In a similar vein, Reuters reported in August that Iran had transferred ballistic missiles to its Shi’ite proxies in Iraq to develop a missile production capacity there as a deterrent against attacks on Iran.
Perhaps a more telling development is the French government’s October 2 accusation that Iran’s intelligence ministry was, “without any doubt,” behind a foiled June plot to attack an annual gathering of the exiled Iranian opposition group Mujaheedin-e Khalq (MeK) near Paris. While the Iranian foreign ministry has denied Tehran’s involvement, the planned assault on European soil could reflect a sign of increased recklessness by Iranian hardliners willing to act without government approval.
This is not to argue that U.S. sanctions have not taken their toll on Iran. Trump’s fiery attack on the country at last month’s UN General Assembly sent the rial plunging to a record low of 190,000 to the dollar, down from around 65,000 shortly before the United States withdrew from the nuclear agreement. (Notably, Iranian rial traded at around 43,000 to the U.S. dollar in late 2017.)
The currency has since recovered slightly – a result of measures like authorities selling U.S. dollars and the Iranian parliament’s approval on Sunday of new measures against money laundering and terrorism funding – but that will do little to ease the concerns of Iranians who’ve seen the value of their savings plummet.
The general deterioration in Iran’s economy, reflected in rising inflation, growing unemployment and excess liquidity, has led to the moderate President Hassan Rouhani being summoned to parliament for the first time to answer questions on Iran’s economic troubles and to face calls for his impeachment from some of the critics of his centrist government. Earlier, the lawmakers had fired Masoud Karbasian, economy and finance minister, and before him Ali Rabiei, minister of labor and social welfare.
Internal pressures, however, have not compelled Tehran to modify its assertive regional policies. Part of the reason is that Iranian moderates, trying to remain politically relevant, have responded to a surge of nationalist sentiment by drawing closer to the hardliners and pushing state politics to the right.
Even without this shift, Iran’s resistance to U.S. pressure was predictable. It is rooted in an established belief among Iranian leaders – former revolutionaries who saw the 1979 overthrow of Shah Mohammad Reza Pahlavi regime first-hand and later survived an eight-year war with neighboring Iraq (1980-1988) – that retreat may beget further retreat and acquiescence to foreign demands can invite more demands.
Evidence of this view was reinforced last Thursday, the day after the ICJ decision, when Iran’s Supreme Leader Ayatollah Ali Khamanei told a meeting of IRGC-affiliated Basij militia members that Iranians who advocated submission to the United States were “perpetrating the greatest treason to the state and the nation.” For Tehran, Washington’s offer of new negotiations under “maximum pressure” is seen as humiliating. Leaders who believe that diplomatic talks with a hawkish U.S. administration bent on regime change will weaken their domestic support base and damage their international status are unlikely to negotiate with the administration unless the White House can come up with a face-saving way to get them started – and convince them that any new deal will not merely go the way of the nuclear accord.