Why should common people suffer for loan defaulters? 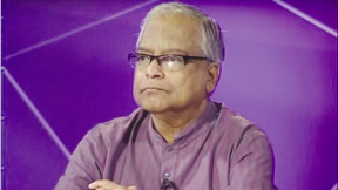 Prof Dr Mahbub Ullah, Economist : The defaulters should not be given loans anew. The banks are compelled to hike the interest rates for non-performing loans. Therefore, it becomes quite difficult to lower interest rates. The borrowers have to take loans at high interest rates if they go up. It becomes quite difficult to turn a venture into a profitable one if the interest rates soar. As a result, new loan defaulters appear.
Political patronage is a major a reason for bad debts. Such people are chosen who are not qualified for taking loans. We call it directed loan in economic terms. Directed loan is detrimental and vulnerable. The more the bad debts soar, the more the banks face capital shortfall. As a result, the government has to take up bailout programmes to salvage the banks. The taxpayers’ money is spent for such bailout programmes, which is not ethical.
Why should the common people bear the brunt for the loan defaulters? Some amount of money has to be kept against bad debts even when they are written-off (banks write off bad debts that are declared non-collectable).
Profit of the banks drops while writing off bad loans. A banks is a profit-making institution. Banking system becomes dysfunctional when banks cannot make profit.
Such a huge pile of bad loans has a detrimental impact on the economy. Is there any out of the problem? Our banking and financial sector have to be strengthened further. Both the government and the central banks should go tough on bad debts.
Based on an interview by Enamul Haque Ena, translated by Hossen Sohel