Why must you be such an idiot Donald Trump?

So, US President Donald Trump apologised to new Supreme Court Justice Brett Kavanaugh for what he had to go through prior to his confirmation.
Trump was referring to the sexual assault allegations made against Kavanaugh.
One woman – Christine Blasey Ford – even testified against Kavanaugh, but it was not enough to stop him from becoming a Supreme Court Justice.
Not only did Trump mock Ford, which was met with applause and laughter, he has now apologised to Kavanaugh for having to defend himself. 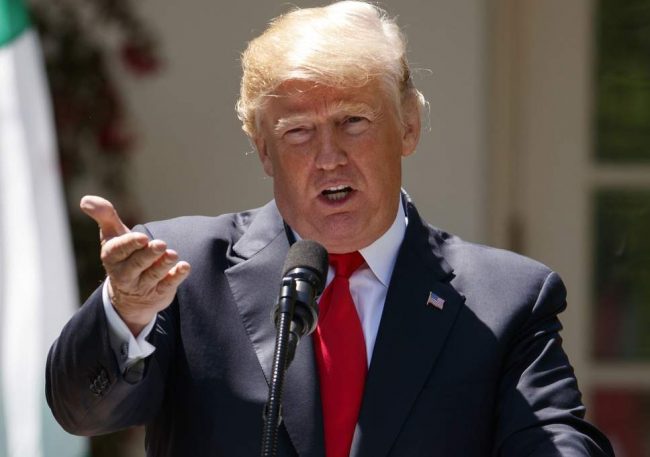 This isn’t a game, it’s a woman who wants to bring down an alleged monster that may have sexually assaulted her.
Instead of applauding her courage like many are, Trump decided to make fun of Ford and her testimony.
It’s things like this that will stop women from coming forward and sharing their horrific experiences because none of them want to be ridiculed and made fun of.
So, to put it as bluntly as possible Donald Trump, you’re a f***ing disgrace of a human being.