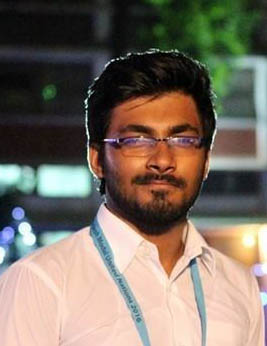 I never thought in my dreams that I would get to witness the real life House Of Cards. If you haven’t watched this amazing TV series, do watch it. I can bet you won’t be able to relate to the ongoing US Presidential Candidate race with anything else.

The US political drama portrays a hungry Democrat forming a plan to get to a higher position of power. Through pragmatism, brutal aggression and diplomacy Frank Underwood rises to power as the President of the United States of America after initially being passed over for the Secretary of State.

What we’re seeing right now, ladies and gentlemen is a real life House of Cards.

Trump face off in November looks more likely than ever. With both candidates having high disapproval ratings, victory may go to the least disliked.

The question now looming is which candidate can make it all the way to the White House.

Making predictions about November in June may be asking for trouble, but by some metrics it looks like Trump’s luck may have run out. When polls have asked voters to imagine a scenario in which they must choose between Trump and Clinton, most have said they would choose Clinton.

Candidates have a string of wins under their belts by the time they secure the nominations in this case, Trump has won 28 states and Clinton 25. But those wins may not seem quite so glorious when you attempt to distinguish the popularity of winning candidates from the unpopularity of their rivals.

Trump’s unpopularity has been pretty consistent. Often, when he appears to catch Clinton in national polling, it’s not so much about a Trump surge as a Clinton dip. And since November, similar polling for the former secretary of state has found that respondents are less inclined to say they have a favourable opinion of her.

Clinton’s falling popularity has been so steady that last month she was considered more unfavourable than favourable  just like Trump.

That conclusion that neither of the two candidates Americans will probably have to choose between are viewed favourably by the majority of those Americans is important. It could affect turnout, especially if there is a particular lack of enthusiasm in one party.

In my view this is the real life version.

Ultimately, though, there is only one thing Clinton needs to do to win the White House in November: make herself less unpopular than Trump.