Why do we not use the magnetic energy the Earth provides to create electricity? 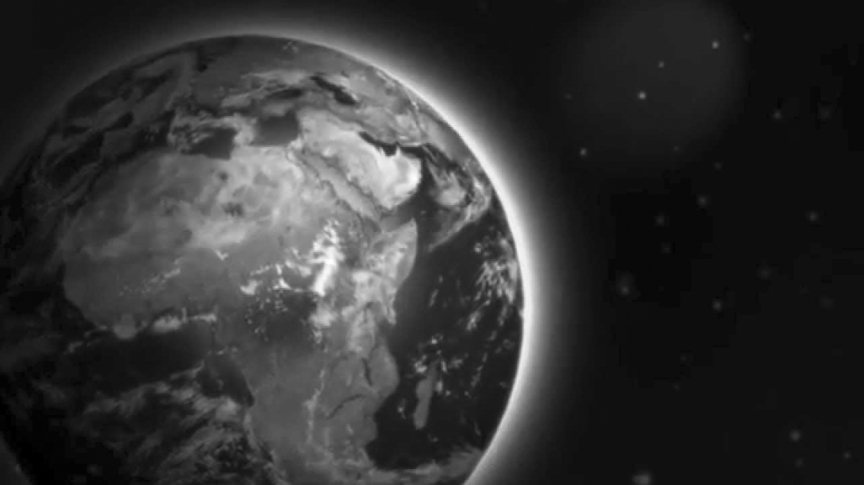 Electricity (let’s say “electrical current”) is when electrically-charged particles flow, like water in a pipe. There are two kinds of electrical charge – positive and negative. Positive charges attract negative charges, but two particles with the same charge (both positive or both negative) will repel. That means they push apart.In other words, opposites attract.
Usually, electrical current is made of tiny negative charges called “electrons” which come from atoms.
Everything you can touch is made of atoms. Every atom is surrounded by a cloud of electrons moving randomly like bees around a beehive, attracted to the positive charges in the centre (or “nucleus”) of the atom.
How to create an electrical current
There are three main ways we produce electrical current.The first is batteries. In batteries, there is an “electrochemical reaction” that causes electrons to move from one kind of atom onto another kind of atom with a stronger attraction to electrons. A battery is designed to force these electrons to pass through a wire into your electronic devices.
A second way is solar cells. Light energy is absorbed by electrons in something called “semiconductors” (usually silicon) which causes electrons to move, creating electrical current.
But I think you’re asking about the third way that is usually used to generate electrical currents for power sockets in your house.
Spinning a coil of wire in a strong magnetic field
This third way is to move an electrical wire quickly through a magnetic field. You need to do this because electrons in a wire cannot feel the magnetic force unless they are moving.
To get a enough current for everybody, you must move a lot of wire through a magnetic field. We do this by spinning a coil (containing many loops of wire) quickly in a strong magnetic field.
During each turn of the coil, electrons get a kick from the magnetic field, moving them along. This creates electrical current. In this animation, S represents the “south pole” of the magnet and N represents the “north pole”. The animation only shows a single loop of wire spinning in the magnetic field. In a real generator, there would be hundreds or even thousands of loops.
Machines that do this are called generators. You can spin the coil using falling water (that’s called “hydroelectricity”), steam (produced from coal, oil, gas or heat from the Sun), wind turbines that use the wind, and so on.In most generators, each time the coil does half a turn, electrons get a magnetic kick. In the next half-turn, they get a magnetic kick in the opposite direction. This means the direction of the current keeps swapping through many cycles rapidly.Electrical current which swaps direction is called “alternating current” or AC for short. Batteries produce current that travels only in one direction, called “direct current” or DC for short.In generators, we are not taking energy out of the magnetic field. The energy going into electrical current is actually coming from the energy used to spin the coil. Scientists call this “kinetic energy”.
Back to the Earth’s magnetic field
Now (finally!) to answer your question: why don’t we use Earth’s magnetic field to generate electricity?
The amount of current a generator produces, depends mostly on at least three things: 1) how many loops of wire in the coil, 2) how fast the coil is spun and 3) how strong the magnetic field is.Earth’s magnetic field is very weak, so you would get very little current from your generator.
How weak? Have you ever seen those button-shaped neodymium-iron-boron magnets, also called “neo-magnets”? (Be careful – they can really pinch you).They have magnetic fields around 6,000 times stronger than Earth’s magnetic field. Magnetic fields inside electrical generators are similar to this.Even fridge magnets have magnetic fields approximately 200 times stronger than Earth’s.