Why courts shouldn’t be opened until Corona situation improves 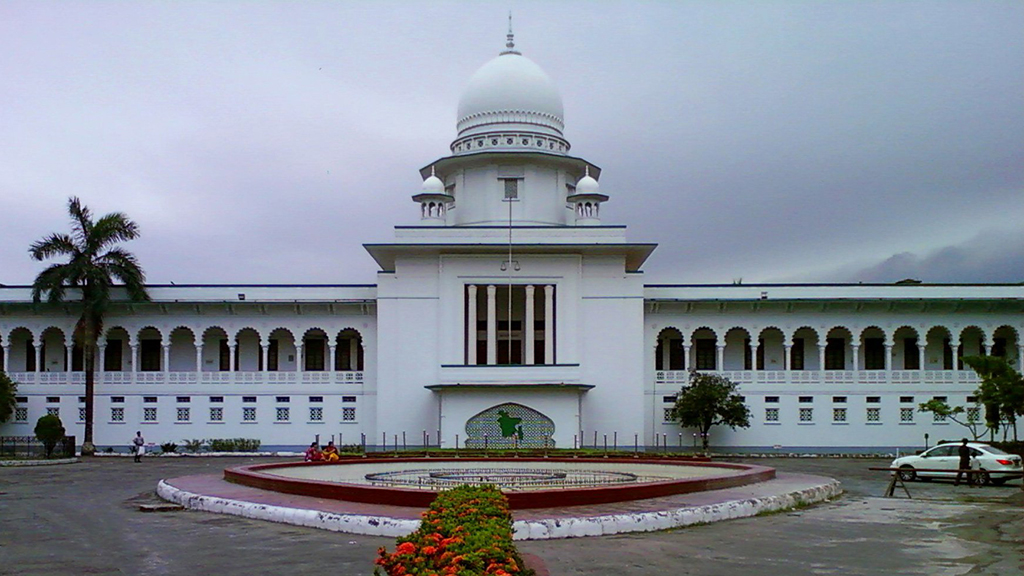 The first news of the Coronavirus detection in Bangladesh came on 8th March, 2020. Although the number of corona infected patient was then 3, but today it has reached around 8,238. We know that, the government declared a general holiday from March 26 to April 4 in the first phase. Later, the government extended the holidays in phases, which this time extended to 5th May 2020.
Throughout this period, everything was closed but only the emergency services were open. As our country is passing a very dangerous stage of coronavirus epidemic, the government is urging people again and again to stay at home to stay safe. Meanwhile, some lawyers of our country had started demanding to keep the court proceedings on. It is noticeable that, with the exception of a few lawyers, no one was seen to be vocal about the issue. Rather, a large number of the lawyers have expressed their personal views on social medias and have tried to express one single point that, if we have patience for some more time to stay at home, a good day is ahead. They want to see the courts closed until the situation gets better.
Nevertheless, the Supreme Court on 23 April directed the district and sessions judges and the metropolitan sessions judges to hear bail applications of detained inmates sitting in courts for two days preferred by them every week. The chief metropolitan magistrates and the chief judicial magistrates were asked to hold courts by themselves or other designated magistrates for two days in a week (source: New Age, 23rd April 2020).
Later on, this decision was stayed its decision to continue the court proceedings in limited fashion. Finally, Chief Justice Syed Mahmud Hossain has extended the closure of all courts across the country till May 5 to combat the ongoing coronavirus pandemic.
One can differentiate easily the decision making orientation between an individual and an institution. To put simply, while the first one is person-centered, the second one has to be in the greater interest. The decision to resume court activities seems like it was taken on prioritizing a handful of lawyers, and also in disregard of the practical situation of Dhaka City. In other words, such a decision seems to be in conflict with greater interest of the society.
We know that the number of infected persons as well as the number of deaths due to coronavirus are both highest in the Dhaka city. Moreover, a large number of areas within the Dhaka City has been declared as danger and locked down accordingly. Now, it should be noted that, the persons who are involved in the court activities, be him a judge, a lawyer, a clerk or other court staff are coming from different areas of the city. This people are part of our society, they stay in different areas of the City. Even to those areas which are now being locked down. Now question is, will the authority can really ensure social distancing in the court? The answer seems negative. Therefore, to open the court during this crucial time could pose an unacceptable risk to its stakeholders and consequently to the whole country.
Moreover, it is unknown to all as to what safety measures had already been taken. Is there any guideline issued by the court authority on the cleaners to disinfect the court rooms, the whole building and the court area? The mismanagement of court premises is well known to everyone, where an unhealthy environment has become part of court infrastructure. Therefore, the confidence is very low upon the authority with regards to their capability of presenting a protective environment. Furthermore, it remains questionable as to who shall take responsibility of the person infected of coronavirus during his presence in the court day. Nothing in the Government declared economic packages seem to include any fund for the lawyers or other members of the courts.
To conclude, our country is currently going through a very risky stage at the moment, and in the absence of any full guideline or code as to the maintenance of court environment, the opening of court, be it for 2 days in a week (as declare) or 2 hour in a week, could put every person in the court area at greater risk.
Thanks to the Honorable Chief Justice for finally taking a right decision in a timely
manner.