Why cop show Homicide: Life on the Street was revolutionary 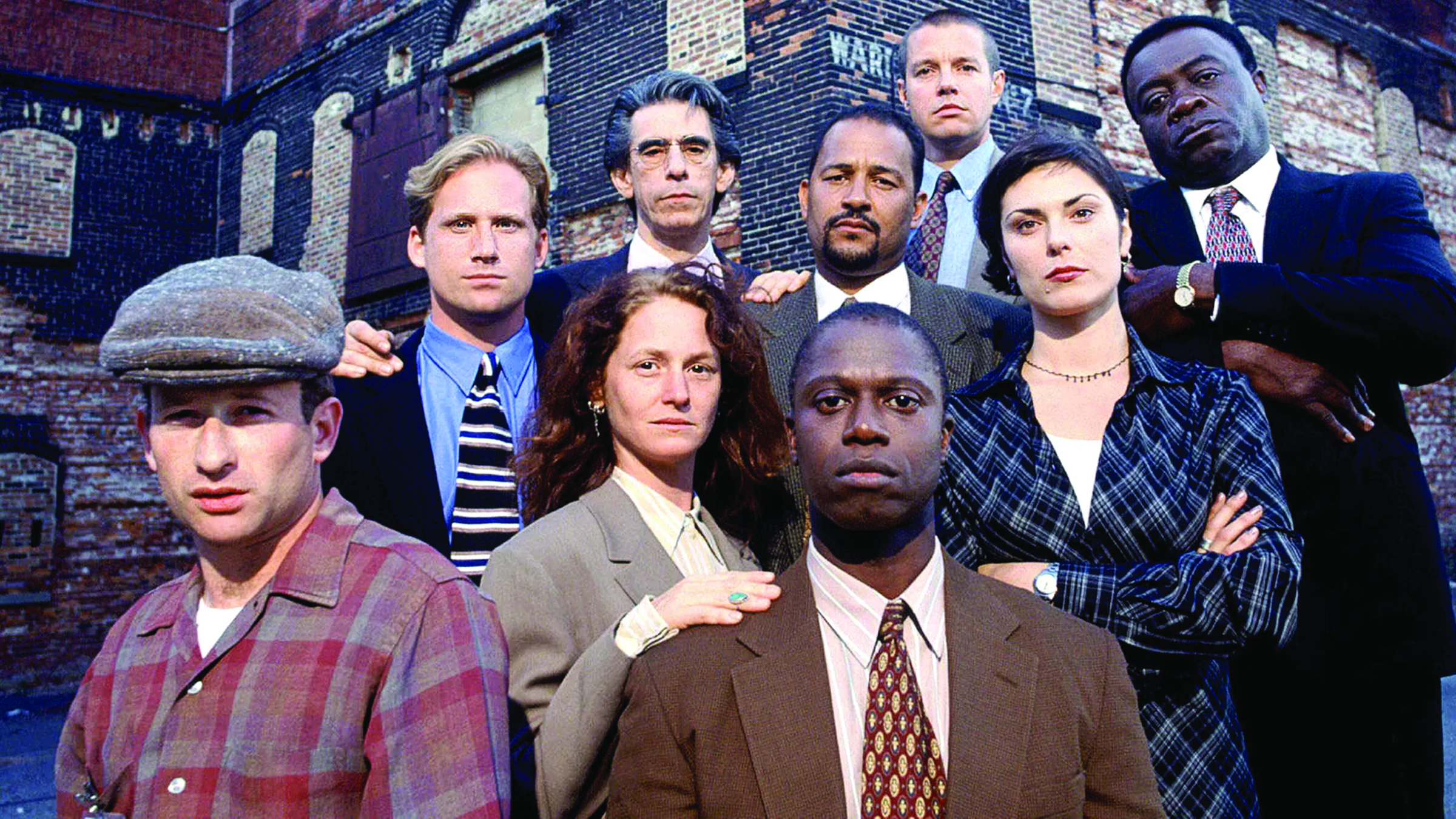 Natasha Tripney/ BBC: When the first episode of Homicide: Life on the Street aired on US network NBC on 31st January 1993, the crime drama looked like very little on TV at the time.
The series was based on David Simon’s book Homicide: A Year on the Killing Streets which documented his time spent with the homicide unit of Baltimore Police Department; Simon would go on to create The Wire, still regarded as one of the best TV dramas ever made, but having started his career as a reporter, he made his name with this vividly written account of his time shadowing a shift of homicide detectives in 1988 as they investigated murders. As with his book, the show captured the day-to-day reality and often grim humour of a group of people whose job puts them in regular proximity with death.
The Wire is rightly considered a high watermark for television, but its mixture of compassionate storytelling and social critique was already evident in Homicide – which marks its 30th anniversary this month. Though Simon’s creative involvement with the show was limited, his reporting provided the inspiration. In addition to the Baltimore location, the two shows shared some of the same actors and crew, and even recycled some scenes from Simon’s book – an incident when cops convince a gullible suspect that a photocopier is a polygraph is repeated in both shows.
The show was initially shot on Super 16mm with handheld cameras, creating a rough, yet propulsive visual style, peppered with distinctive jump cuts. Even the grainy black-and-white opening credits marked the show apart. Most police procedurals at the time had a more polished look.
When Barry Levinson, director of Diner (1982) and Good Morning, Vietnam (1987), approached writer and producer Tom Fontana – who had a background in television and theatre – to help him bring the book to the screen, he told him he wanted to do a cop show with no car chases and gun battles. “It seemed like such a crazy idea, such a challenge, that I totally embraced it,” says Fontana.
Homicide strove to be authentic. It was shot on location in Baltimore and the city, its harbour, rowhouses and corners would become an integral part of the show. The detectives in Simon’s book were on-hand to provide advice. “We learned a lot from those fellows,” says Melissa Leo, who played detective Kay Howard, and would later win an Oscar for her role in David O’Russell’s The Fighter. Early on Simon took the cast to visit various drug hangouts around the city, recalls Kyle Secor, who played rookie detective Tim Bayliss. Even the filing cabinets in the squad room were filled with old police reports. The police department was being computerised, so the set designer was able to acquire them.
The cops In Homicide rarely drew their guns. They kvetched about the paperwork and the air conditioning. They fretted over their clearance rates and the number of unsolved cases listed under their name in red on the board that featured prominently in each episode. The dialogue combined musings on life and death, with digressions about the Lincoln assassination and which animal produces the biggest sperm. The characters prided themselves in the show on “speaking for the dead” but they were all complex and flawed. “This is a group of people who, every day of their lives, are dealing with dead bodies. You have to acknowledge the effect of that on them emotionally, spiritually, mentally,” says Fontana.
The eclectic cast featured experienced character actors – including Yaphet Kotto, known for the likes of Alien and Live and Let Die, and Ned Beatty, star of Network and Deliverance – alongside comedian Richard Belzer, as the acerbic John Munch (a character he would go on to play in several seasons of another NBC procedural, Law and Order SVU). Clark Johnson, who played the affable Meldrick Lewis, would go on to direct the opening episodes of both The Shield and The Wire, shaping the feel of the police drama of the next decade. Altogether, the ensemble was also notably ethnically diverse for the time.