Why Biden’s chip war on China is straining US alliances 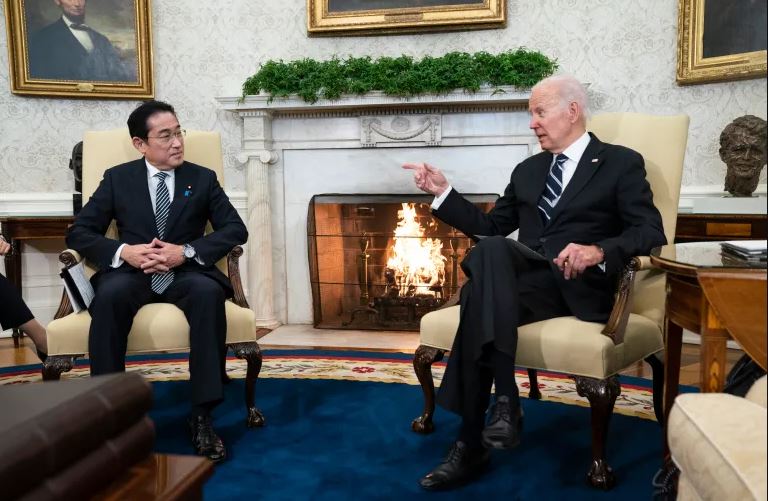 Ahmadi Ali/Al Jazeera: Russia’s invasion of Ukraine has created a new era of economic statecraft, with enthusiasm for sanctions soaring in Washington, DC and across Europe. United States President Joe Biden has made clear that technology export restrictions will be the tip of the spear against great power rivals such as Russia and China, at least for his administration.
Yet, while the overall amity among Western and allied countries has seemed robust since the Russian invasion, cracks are appearing in one particular area for Biden: the US targeting of China’s semiconductor industry.
In recent months, the US has moved into a more aggressive sanctions posture regarding China. The Biden administration unveiled a dense but sweeping set of restrictions on semiconductor technology exports to China in October. In effect, these rules bar the sale to Chinese firms of equipment or other technology that could then be used to make advanced semiconductors. Less advanced chips are used in products like cars and washing machines, whereas cutting-edge semiconductors are critical to emerging technologies such as cloud computing and even sophisticated military equipment.
Washington was previously focused on maintaining a lead over Chinese technological capacity but the new policy adopts a far more restrictive approach aimed at stopping Beijing from advancing in cutting-edge sectors, or even at forcing China to roll back its technological capacities.
This strategy is sparking unease among some US allies. That matters because if only US firms are barred from selling to China, Beijing can pursue a policy of diverting its trade towards other nations that have also mastered semiconductor technology. This is where US allies like Japan, the Netherlands, South Korea and Taiwan become particularly important. Rahm Emanuel, the US ambassador to Japan, confirmed earlier this month that the Biden administration is speaking with Japan, the Netherlands and South Korea on firming up a unified plan of curbs on China’s semiconductor industry. Over the past week, Biden has hosted Japanese Prime Minister Fumio Kishida and Dutch Prime Minister Mark Rutte at the White House.
The Netherlands, which otherwise tends not to play a leading role in global affairs, is a leader in critical technologies involved in the design and manufacturing of semiconductors. The Dutch firm ASML is one of the world’s largest suppliers of chip design and manufacturing technology to the semiconductor industry. It is also Europe’s biggest tech firm by market cap. Over in Asia, Taiwanese semiconductor titan Taiwan Semiconductor Manufacturing Company (TSMC) controls more than half of the global market, while its chief competitor, South Korea’s Samsung foundries, is in second place with a 17.3 percent share. Both companies are leading the charge in developing even more advanced chips than currently available on the market.
Japanese firms like Tokyo Electron and Nikon also play an important role in the semiconductor supply chain.
So far, these US allies have signalled that while they acknowledge the threat China poses, they are not yet ready to join the full-scale restrictions imposed by the US. The Europeans had already agreed to limitations on exporting new-generation technology to China. But the new export controls Washington is putting in place could cut into critical revenue for US allies. China is by far the world’s largest semiconductor market: By 2020, it accounted for 17% percent of TSMC’s revenue. Amid US sanctions on Beijing and an escalating Chinese self-sufficiency push, that figure declined to 10 percent but has since risen again to 13 percent. The US has given TSMC and Samsung a one-year waiver to continue trade with China.