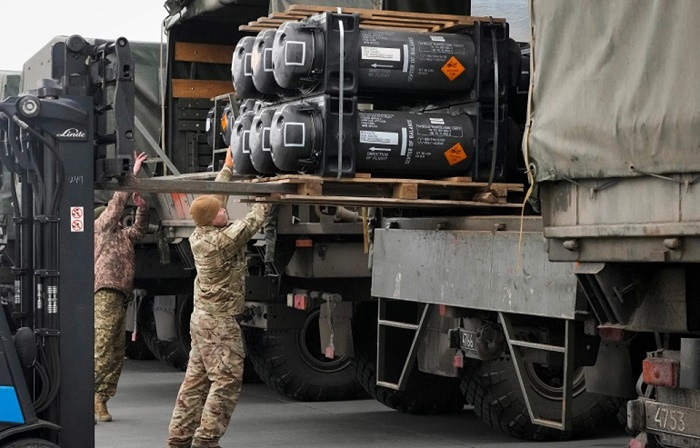 AFP: The White House on Thursday approved a new package of up to $600 million in additional military aid for Ukraine, as Washington moves to support Kyiv’s counteroffensive against Russia’s invasion force.
The aid consists of equipment and services, as well as training, the executive branch said in a statement.
The Department of Defense specified in a later statement that the package will include 37,000 artillery rounds, of which 1,000 will be precision-guided, and four counter-artillery radars, among other weapons and equipment.
More ammunition will also be provided for the Himars rocket system, the Pentagon said, without specifying if that would include the long range missiles known as ATACMS that Kyiv has requested for months.
Since Russia invaded Ukraine in February, the United States has provided more than $15 billion in military assistance to Kyiv.

This latest US announcement comes two weeks after the Ukrainian army began to wage a massive counter-offensive against Russian troops.