What justification makes VOA to shut down its Bangla radio broadcast service? 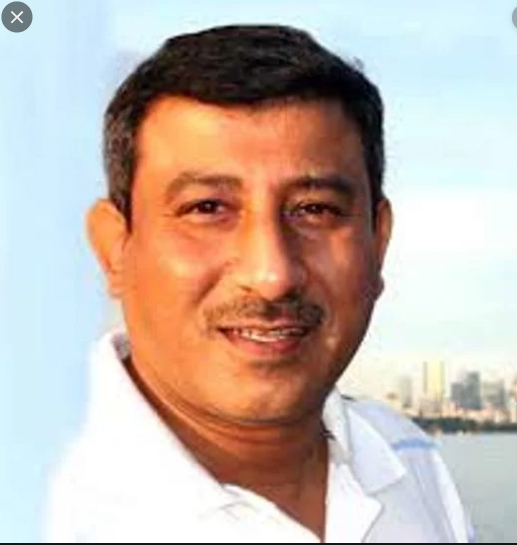 Sadly the largest U.S. international broadcaster, Voice of America (VOA) which provides news and information in 45 languages to an estimated audience of more than 280 million people weekly through its satellite, cable, FM and MW on a network of more than 2,500 affiliate stations since 1942, has shut down its most enriched Bangla radio broadcast service in a press release distributed on July 13, 2021. That is a terrible shock to many, like me as a former president of a VOA Fan Club in Bangladesh, now living in Canada.  The reason is clear, simple and bold, as Bangla language has been ranked at 7th position among 100 most spoken languages across the world, which is classified under the branch of Indo-Aryan languages, and has over 228 million native speakers in the world. Now, what one can find by dissecting the said press release titled as “VOA’s Bangla Service Ends Radio Broadcasts, Expands TV and Social Media Coverage.” In its beginning it said, “Voice of America Bangla language service FM and shortwave radio transmissions officially end on July 17, 2021, after 63 years of serving Bangladesh and the Bangla-speaking Indian states of West Bengal, Tripura and Assam. Simultaneously, the service’s television and social media content will expand considerably, as these are platforms more heavily used by VOA Bangla’s 16 million weekly audience members.” And immediately following to it, the spectrum and significance of 63 years have been defined with quoting John Lippman, Acting VOA Programming Director, who said: “When VOA Bangla launched in January 1958, Bangladesh was known as ‘East Pakistan’ and it was a territory under martial law with no television or private radio. VOA’s shortwave radio transmissions from outside the borders were a lifeline to the Bangla-speaking population for independent news and information.” However, this “Lifeline” is diminished when it continued by saying: “While the service’s shortwave radio audience is now less than one percent, VOA Bangla social media audiences have grown significantly in recent years. Engagement actions on the Twitter account have risen 54% over the previous year, while video views on Instagram are up 274% in the same period.” Because, the comparison has no justifiable basis, as it did not define who were engaged on Twitter and Instagram? Surely, they are not the general masses who are supposed to listen to the American voice and or American people, let put aside the dubious reasoning of dropping “shortwave radio audience is now less than one percent”! Why has the MW broadcasting been discontinued in that broadcast “cobweb” in that region? Rather it quoted again John Lippman, who said, “Dozens of domestic television and radio stations compete for Bangla-speaking audiences, as well as an increasing number of digital sources. As the demand for TV and online access to news in Bangladesh expands, VOA’s Bangla service program offerings need to be on the platforms its audience already is most active.” Definitely that requirement of “online access to news” is valid, but “podcast” can be an appropriate means for it, not the entirety of Bangla service should be drawn to its end.  Interestingly enough that press release just sadly fooled us! It continued with quoting the Acting VOA Bangla Service Chief Satarupa Barua in context of retrospective programming and looking back at the changes in the country since 1958 without referring to Bangladesh, who said that, “VOA Bangla radio broadcasts brought world events to its audiences since the days when radio was the primary news medium. It was a staple in our upbringing, a household name. We will build on that reputation, increasing our presence on media that is now far more heavily used than short wave and medium wave radio. Because of our service’s history in Bangladesh, working at VOA has been the ‘dream job’ for many of us. With the coming changes, it will continue to be.” Of course, those ‘dream job’ cannot be undermined or emasculated, those who relentlessly served and that equally applied to her appointment credibility as well.   Much sadly the press release ambiguously concluded with saying that, “This change in radio programming will not affect broadcasts of “Lifeline”, a 30-minute daily radio program in the Rohingya language, spoken by Muslim refugees in Bangladesh who fled ethnic violence in Myanmar. Produced by the Bangla service, the program launched in July 2019.” So, ultimately the “Lifeline” is a vital issue reflected as the “press release” signifying of its own at the beginning.  Then, how can VOA think of replacing that “Lifeline” and thinking of maintaining it through “Rohingya language”, instead of Bangla, those who speak in that language actually gave refuge to the Rohingyas in their homeland? Or, is it an agenda fulfillment issue of George Soros, who benignly think of himself as a “Rohingya” and his richness surmounts to buy his own foreign policy through strange pattern of investments and gifts, especially in the former- Soviet states of Eastern Europe and Central Asia?
Here at conclusion, I naively think of my own journey of 40 years of journalism, which enriched to the attachment of various radio listening activities, among them VOA Bangla service was remain atop and its broadcasters like Ishtiaque Ahmed, Iqbal Ahmed, Iqbal Bahar Chowdhury, Roquia Haider, Kafi Khan, Sarker Kabir Uddin, Syed Ziaur Rahman, Masuma Khatun Fahmi, Dr. Ashim Chakrabarty, Sumon Chatrapadday, Ramen Paine and many others. For such, I sincerely believe radio is the king of reach, particularly in Bangladesh and
everywhere, even at the advent of social media as a news platform, where non-credible issues persist. However, according to Nielsen’s 2016 Audience Report, “radio has the largest reach of all, 93% of adult Americans (18+) tune into AM/FM radio each week, and 243 million each month.” That’s pretty amazing, but it gets low engagement similar to TV. Therefore, we need to carefully understand the pros and cons of thinking of ending a radio broadcast rather than redefine it and cater to its listeners’ demand.
(Muhammad Ali Bukhari is a Staff Journalist at Canadian National Multilingual News Group and can be reached at: [email protected])