West India state on alert amid reports of militants entering 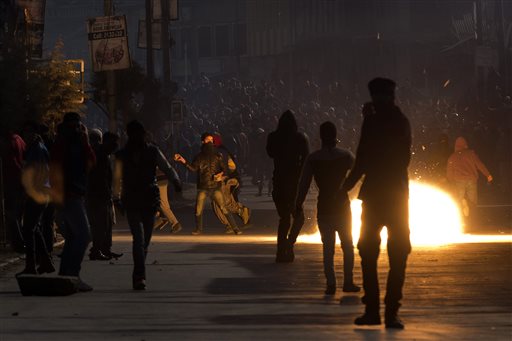 The western Indian state of Gujarat was placed on high alert Sunday after officials said they received intelligence reports that around 10 suspected militants from Pakistan had entered the state.

Policemen were checking cars and buses on highways and at the entrance of major cities and towns, said Gujarat’s home minister, Rajnikant Patel.

Security was also stepped up in the Indian capital, New Delhi, with more police and paramilitary troops assigned to shopping malls, railway stations and other crowded places.

All vacations of policemen in the state have been canceled and they have been asked to report back to work. Around 25 members of India’s elite National Security Guards have reached Gujarat to beef up security, Patel told reporters.

Some fishing boats have been found abandoned near the coast over the past few days, raising suspicions that militants from Pakistan had entered Gujarat by sea, Patel said, adding that security patrols have been increased along Gujarat’s coastline in fears of an attack emanating from neighboring Pakistan.

In 2008, armed militants entered Mumbai, India’s financial hub, by boat from Pakistan and launched a terror attack in which 166 people were killed.