‘We’re still in the tunnel’: WHO chief says pandemic not over 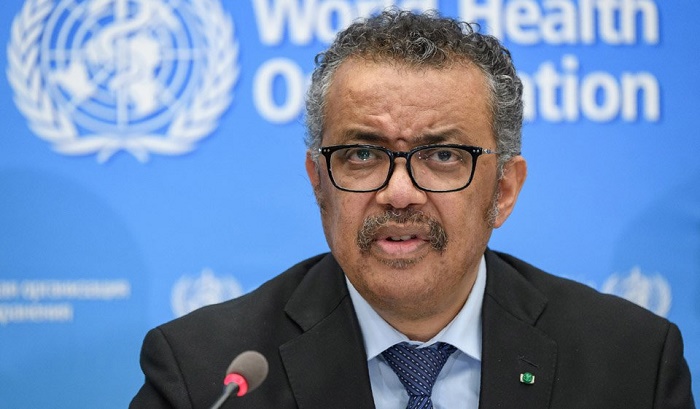 AFP:The head of the World Health Organization on Thursday tempered his assertion that the end of the Covid-19 pandemic was near, warning that declaring the crisis over was “still a long way off”.
Last week, Tedros Adhanom Ghebreyesus told reporters that the world had “never been in a better position to end the pandemic… The end is in sight.”
And US President Joe Biden went further in an interview broadcast Sunday, declaring that the pandemic in the United States “is over”. But speaking to the media again Thursday from the sidelines of the UN General Assembly in New York, Tedros appeared less upbeat, making clear that “being able to see the end, doesn’t mean we are at the end.” He reiterated that the world was in the best position it had ever been in to end the pandemic, with the number of weekly deaths continuing to drop — and now just 10 percent of what they were at the peak in January 2021.Tedros pointed out that two-thirds of the world’s population has been vaccinated, including three-quarters of health workers and older people.
“We have spent two-and-a-half years in a long, dark tunnel, and we are just beginning to glimpse the light at the end of that tunnel,” he said.
But, he stressed, “it is still a long way off, and the tunnel is still dark, with many obstacles that could trip us up if we don’t take care.”