We must listen to the forgotten voices of Idlib 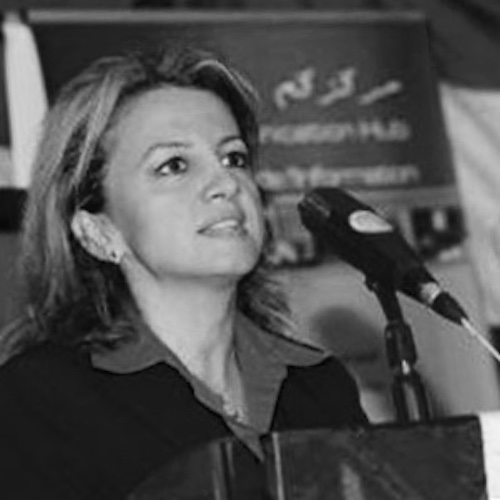 As a Syrian, I have at times despaired at the lack of media coverage while thousands have been raped, murdered and persecuted – not only by terrorists, but by our own president’s private army.
And as a journalist, I have spent my life trying to shine a light on the human rights abuses, torture and threat of terror that have plagued my country.
Idlib has returned to the top of the news agenda in recent weeks, with mounting speculation that Assad will be crowned ‘victorious’. But a debate over winners and losers must not leave out those Syrians who triggered the revolution in the first place with a simple call for democracy and a fairer Syria. These calls have stayed strong and they will not go away.
Speculation over an assault on Idlib has meant that in recent days, huge numbers of ordinary Syrians have once again taken to the streets calling for democracy and safety. 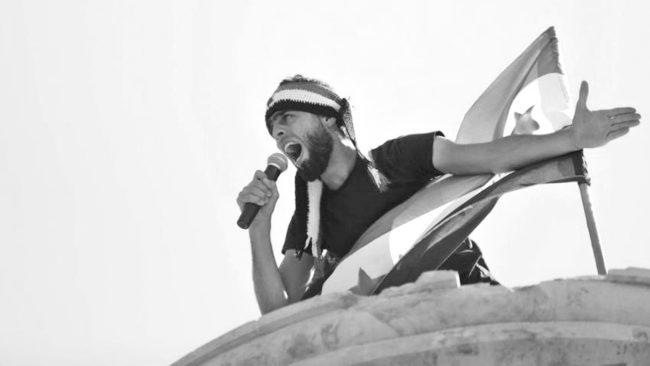 Demonstrations in most of the cities and towns of Idlib took place after last Friday prayers under the slogan, “Our choice of resistance” and “Nusra and Assad partners of murder and displacement”.
They affirm the legitimate right to resist violence. These mass protests are an extraordinary reminder of the courage and resilience of the Syrian people. For seven years we have suffered from both the brutal Assad regime and murderous terrorist groups who have exploited the conflict to push their own twisted agenda. But the universal principles from which the revolution emerged remain unbreakable.
Prior to having earned its recent reputation as a theatre for terrorists and military aggressors, Idlib was a province blanketed with olive groves. Known fondly among Syrians as “Green Idlib”, it was considered by many to be the economic backbone of Syria owing to its fruitful olive industry.
Such fertile ground provided the foundations for a bustling agricultural hub which also bore rich natural exports, such as cotton, citrus fruit, wheat and barley – vital for sustaining a healthy population.
Idlib is my husband’s homeland and, before I escaped to the UK with our then five-year-old son, I spent much time in the area.
As the regime-led violence in my homeland spread, many people fled to Idlib.
According to the UN, about 3.5 million people are currently crammed into Idlib and the surrounding areas, at least half of whom have fled areas retaken from the opposition by the regime. The recent change of fortune in Idlib signals a deeply upsetting turning point for free Syrians.
Yet, families who have experienced the violence and hardship of the past seven years remain committed to non-violent protest in the face of an impending regime offensive, all the while rejecting the attempts of extremists in the province to bully and subjugate them. This is a remarkable demonstration of human spirit in the face of adversity.Idlib lies in my heart but we face a darkening reality. Every week, we are forced to bid farewell to a relative, a distant friend or, in some truly gut-wrenching episodes, their young children. Last week, we were shocked to hear news of the passing of my husband’s aunt.
A headmistress at a local school, she had dedicated her life to education and the betterment of young people’s lives. My husband’s aunt died of oppression, sadness and disease as the news of the shelling of Idlib and surrounding areas escalated. She could not get out and the borders were closed.It is my lasting hope that the legacy of people like my husband’s aunt – an educator and community cornerstone – who have been needlessly caught up in the warring of factions might survive and outlive this dark chapter for the Syrian people.Those who care about the lives of Syrians affected by conflict can help them by insisting their calls are heard by the world. We can, and must demand better of our media. It is important that our press, which is integral to our democracy and giving voice to the voiceless, cuts through the thick cloud of uncertainty and destruction engulfing the city, and holds to account those responsible for that damage: Assad and his allies.
The harder, and right, thing to do is to take the time to actually listen to Syrians.The voices of free Idlib can be found on social media, just as they can be found filling the public squares of the city. They may be tired from the constant and exhausting fear that war brings, but through it all hope has never died and, if we look and listen, it’s clear that the simple demand for freedom and basic human rights has never quietened.