Vladimir Putin sits atop a crumbling pyramid of power 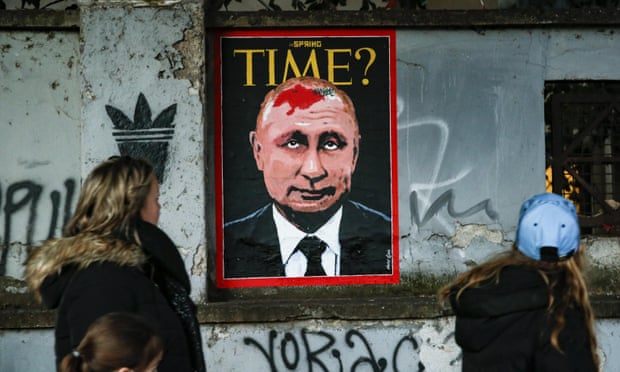 On 24 February, the armor of the “enlightened autocrat” that had housed Vladimir Putin for the previous 20 years cracked and fell to pieces. The world saw a monster –crazed in its desires and ruthless in its decisions. The monster had grown gradually, gaining strength from year to year, marinating in its own absolute authority, imperial aggression, hatred for western democracy, and malice fueled by the resentment engendered by the fall of the USSR. Now, Europe will have to deal, not with the former Putin, but the new Putin who has cast aside his mask of “business partnership” and “peaceful collaboration”. There shall never again be peace with him. How and why has this come to pass?
In the final film of Peter Jackson’s The Lord of the Rings trilogy, when Frodo Baggins has to throw into the seething lava the cursed Ring of Power, the ring which has brought so much suffering and war to the inhabitants of Middle Earth, he suddenly decides to keep it for himself. And, by the will of the ring, his face suddenly begins to change, becoming evil and sinister. The Ring of Power had taken total possession of him. Even so, in Tolkien’s book, there’s a happy ending .
When Putin was put on the throne of Russian power by an ailing Boris Yeltsin in 1999, his face was rather sympathetic, attractive even and his rhetoric was entirely sound. It seemed to many that the man ascending the heights of the Russian pyramid of power was an intelligent official devoid of pride and arrogance and a modern individual who understood that post-Soviet Russia had only one possible path into the future: democracy.
He talked about democracy quite a bit in his interviews back then, promising the citizens of the Russian Federation continued reforms, free elections, freedom of speech, the observance of human rights by the authorities, cooperation with the west, and, most importantly, a constant rotation of those in power.

“I have no intention of holding onto this chair!” he said.