Uyghurs are being deported from Muslim countries, raising concerns about China’s growing reach 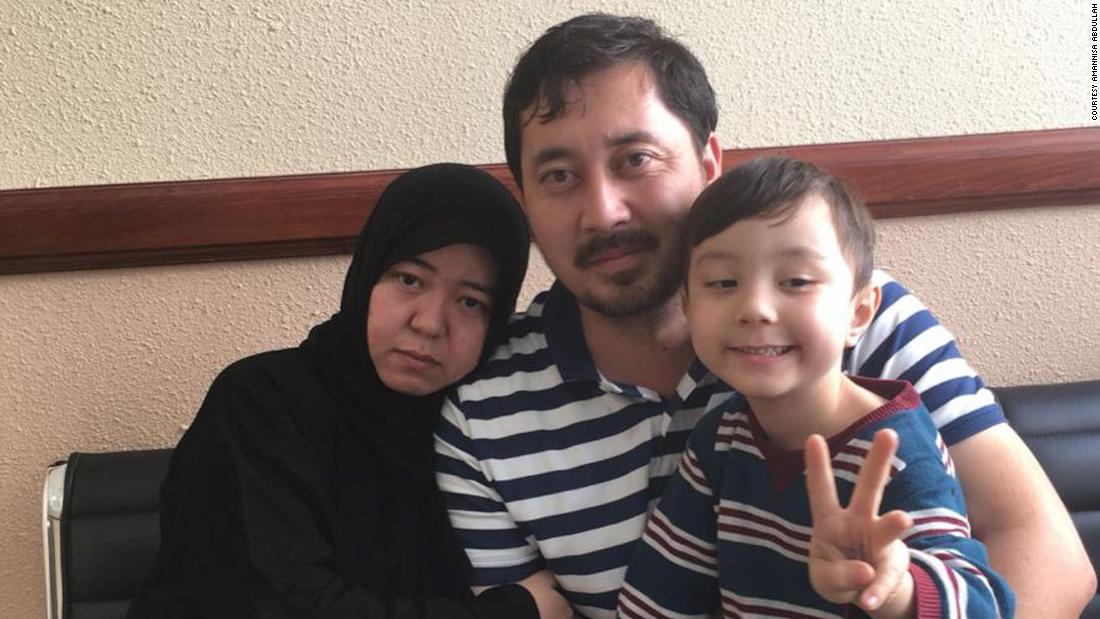 Amannisa Abdullah and her husband, Ahmad Talip, were on their way to shop for baby clothes in Dubai, when the message that changed both their lives came through. Ahmad read it and announced an abrupt change of plan: He had to report to a police station immediately.
Ahmad dropped Amannisa off at a friend’s house that day in February 2018, promising to pick her up later. He never came back.
In their Dubai apartment, a sleepless Amannisa prayed and cried through the night, watching the hours pass as her repeated calls to Ahmad went unanswered.
The next morning, the heavily pregnant 29-year-old shuffled out of the door, hugging her 5-year-old son close. They hailed a taxi to the police station where she tried to explain her predicament to a police officer.
As she spoke, her little boy tugged at her hand. Quietly, he pointed towards a jail cell where Ahmad was sitting.
For 13 days, Amannisa shuttled back and forth between her home and the jail, pleading with law enforcement officials to release Ahmad.
With each visit, her husband looked more dejected. He told her he was convinced that the long reach of China had reached his Uyghur family in the United Arab Emirates.
“It’s not safe here. You must take our boy and [go] to Turkey,” he told Amannisa in their last conversation. “If our new baby is a girl, please name her Amina. If he’s a boy, name him Abdullah.”
A week later, Ahmad was sent to the UAE capital, Abu Dhabi. Five days later, Amannisa said, Abu Dhabi authorities told her that he had been extradited to China.
Their daughter, Amina, was born a month later in Turkey. She has never met her father.
Amannisa’s testimony is one of more than a dozen accounts collected by CNN, detailing the alleged detention and deportation of Uyghurs at China’s request in three major Arab countries: Egypt, the UAE and Saudi Arabia.CNN has repeatedly reached out to Egypt, the UAE and Saudi Arabia for comment on the extraditions and has not received a response. China’s government has also not responded to CNN’s request for comment.
In Egypt, rights groups have documented hundreds of detentions — and at least 20 deportations — of Uyghurs In 2017, the majority of them students at the prestigious Islamic university of Al-Azhar.In Saudi Arabia between 2018 and 2020, at least one Uyghur Muslim was allegedly detained and deported after performing the Umrah pilgrimage in Islam’s holiest cities. Another was arrested after a pilgrimage and faces deportation.
Reports of Uyghur disappearances have unnerved the largely Muslim global diaspora from China’s Xinjiang region.
The families of the deported fear their loved ones have ended up among the estimated 2 million Uyghurs who have been sent to internment camps in Xinjiang in recent years.
As Beijing’s global influence expands, rights activists fear that even as Western nations take China to task over its treatment of Uyghurs, countries in the Middle East and beyond will increasingly be willing to acquiesce to its crackdown on members of the ethnic group at home and abroad.
A Human Rights Watch report released in April said China had tracked down hundreds of Uyghurs across the globe, forcing them to return and face persecution. In many cases “it is impossible to find out what has happened” to them, the report said.
For some Uyghurs, the extraditions from Muslim countries will be especially galling, shattering notions of Islamic solidarity and deepening feelings of isolation on a world stage where China’s power has grown rapidly.
CNN has seen a document issued by Dubai’s public prosecutor on February 20, 2018 — eight days after Ahmad Talip was taken into custody — confirming a Chinese extradition request for him, listed in the paperwork under his Chinese name, Aihemaiti Talifu.
The document says that Dubai authorities initially decided to release Ahmad due to insufficient proof that he should be extradited. The Dubai prosecutor’s office instructed police “to stop searching the above-mentioned person and lift all the restrictions on him, unless he is wanted for another reason.”