Uttara gas blast: Death takes Sumaiya out of her misery 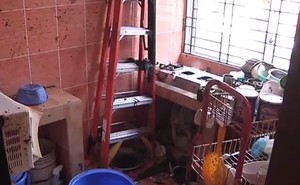 After the death of her husband and two children, today Sumaiya, who was injured in the horrific Uttara gas explosion in the new flat she moved into with her family on February 26, died at a hospital in city’s Mohammadpur area.

Sources at the City Hospital said Sumaiya had been undergoing treatment at the hospital since March 1 as she was shifted there from Dhaka Medical College Hospital for better treatment and kept on life support following deterioration of her condition.

As there was no improvement, the authorities concerned of the hospital removed her life support around 3:15 pm and pronounced her dead, sources said.

Earlier, five members of the family sustained burn injuries when the flat of Shahnewaz, an employee of the US Embassy in Dhaka, went up in flames after her wife Sumaiya lit up the gas stove in the kitchen of their 6th floor residence at Road-3 of Uttara Sector-13 on February 26.

The fire erupted from accumulated gas due to leakage in ‘gas line’.

The three other family members were undergoing treatment at the DMCH burn unit where the condition of Shahnewaz and his wife was stated to be critical as they received 95 percent and 90 percent burns respectively. Zarif, another son of Shahnewaz suffered only 11 percent burn injuries.

Later, Sumaiya and Zarif had been undergoing treatment at the City Hospital in Mohammadpur where Sumaiya was declared dead at around 3:15 pm today.

On February 27, Shahnewaz, 50, and father of the two children died at the burn unit of DMCH around 5:55pm.