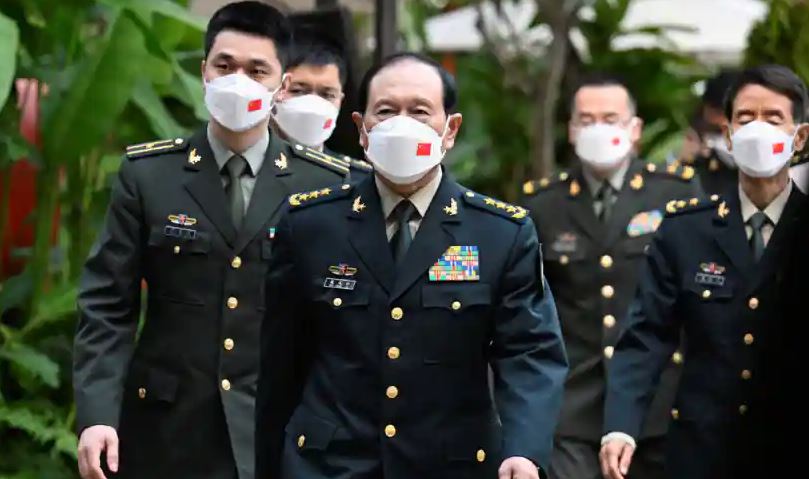 AFP: In a strongly worded response to his American counterpart, China’s State Councilor and Defence Minister General Wei Fenghe has said that the strategy of the United States for the Indo-Pacific region is fueling future conflict.

Highlighting that the ties between the two superpowers are at a critical juncture, Fenghe said that is up to the United States to improve the bilateral relationship.
Addressing Asia’s premier security meeting, the Shangri-La Dialogue, Fenghe urged the US to stop ”smearing and containing China”.

Amid soaring tensions with the United States over the island, Fenghe said China will “fight to the very end” to stop Taiwan from declaring independence.
Suggesting at Asia’s premier defense forum that recent Chinese military activity around the self-governing island threatens to change the status quo, US Secretary of Defence Lloyd Austin stressed American support for Taiwan.

He had slammed China’s “steady increase in provocative and destabilising military activity near Taiwan.”