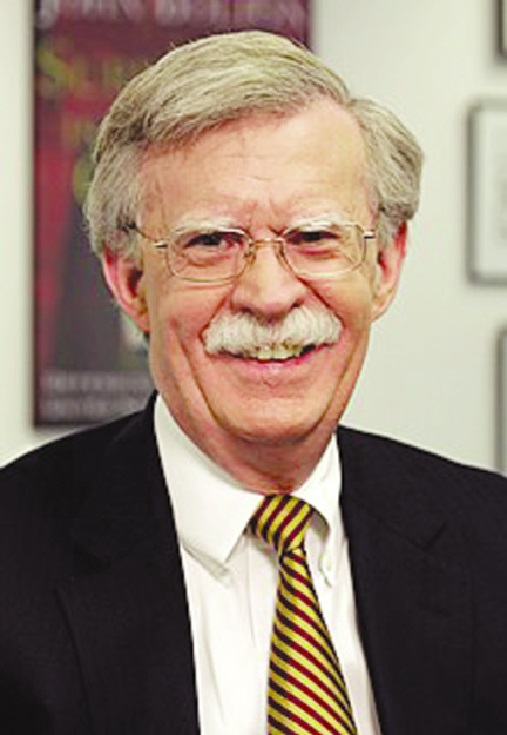 Hossen Sohel: US National Security Adviser John Bolton has warned Iran’s rulers that there will be “hell to pay” if they harm the US, its citizens or allies, reports BBC.
His comments came hours after President Donald Trump accused Iran of sowing “chaos, death and destruction” across the Middle East.
Iranian President Hassan Rouhani responded by criticising the Trump administration for its hostility.

The US recently imposed sanctions after leaving the 2015 Iran nuclear deal.

The accord, negotiated by former President Barack Obama, saw Iran limit its nuclear activities in exchange for sanctions relief.

The remaining signatories are standing by the deal. The UK, China, France, Germany and Russia say they will set up a new payment system to maintain business with Iran and bypass US sanctions.

US Secretary of State Mike Pompeo condemned the plan as “one of the most counterproductive measures imaginable”.

Mr Bolton said the “murderous regime” of “mullahs in Tehran” would face significant consequences if they continued to “lie, cheat and deceive”.

The former US envoy to the UN was speaking at an anti-Iran conference in New York on Tuesday.

“If you cross us, our allies, or our partners; if you harm our citizens,” he said, “there will indeed be hell to pay.”

“Let my message today be clear: We are watching, and we will come after you.”

Mr Bolton, who has argued for military action against Iran in the past, said the US would be aggressive in enforcing economic sanctions.

Meanwhile, President Trump defended his decision to abandon the nuclear deal while speaking at the UN General Assembly in New York.