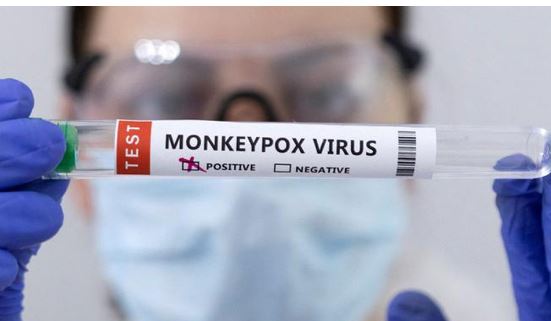 AFP: US President Joe Biden’s government on Thursday declared monkeypox a public health emergency, a move that should free up new funds, assist in data gathering and allow the deployment of additional personnel in the fight against the disease. The move came as nationwide cases topped 6,600, around a quarter of them from New York state, and experts warned swift action was needed if the outbreak is to be contained in its early stages.
“We’re prepared to take our response to the next level in addressing this virus, and we urge every American to take monkeypox seriously and to take responsibility to help us tackle this virus,” Health and Human Services secretary Xavier Becerra said in a call.
Observers believe the real number of cases could be much higher than official figures suggest, since symptoms in the current global outbreak, which began in May, have included subtle signs, such as single lesions, in addition to the more familiar widespread rashes.
This can lead to cases being missed or misdiagnosed as the presentation is similar to common sexually transmitted infections.
The US has so far delivered some 600,000 JYNNEOS vaccines — originally developed against monkeypox’s related virus, smallpox — but this number is still far short of the approximately 1.6 million people considered at highest risk and who need the vaccine most.