Understanding Lalon Shah’s world and its relevance with contemporary society 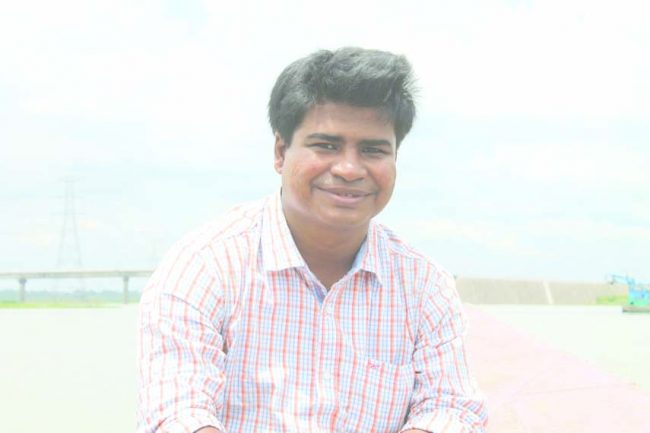 A.S.M Riad Arif, SARRC Silver Jubilee Scholar, South Asian University, New Delhi, India : A spiritualist, minstrel and dissident of the eighteenth century, Lalon Fakir is a transcending and living figure in the awareness of the mass in South Asia. Also known as Lalon Shah, he lived in insolvency. Like Kabir, his experience and religion were obscure, and his supporters are from both Hindus and Muslims. He sang of the sufferings of the labour of Bengal, and of the heart’s longing for unity with the Infinite.
“Khachar bhitor ochin pakhi kemne ashe jay” – the obscure feathered creature in the enclosure, how can it fly in and out? – is an expression from a tune by Lalon.
Lalon had a very different way of observation. He had a very different idea about life, death, society, cast, love, and the Almighty. One of the main features of Fakir Lalon Shah is questioning. Lalon always asked who he was, where he came from. To understand Lalon’s way of seeing, we have to go through the philosophy of Baul. The philosophy of God is a critical subject of Lalon’s Songs. He generally looks through the God and endeavor to make an attachment to the Lord. Lalon trusts that there is no magnificence more genuine than the excellence of God in the universe that lives inside our souls. Lalon has he firm conviction that people are made after the picture of God. In this way, he aches for an enchanted union with the awesome. Lalon’s songs speak about the special bond that exists between the creator and the creations. They give an idea that God lives in everyone’s mind and we have to return to him someday.
According to Lalon, every human body is a ‘home’ created by God. There are only two pillars of that home. Here he tried to point out the uncertainty of human life that is not safe on two pillars. Our upstairs refer to our soul and the downstairs picture our body. It stands on ‘zero’ which means it is run by God.
But human life is beautiful because it is uncertain. Nobody knows what is going to happen. So everybody is trying to search the utmost truth of life.
The central theme of Lalon’s philosophy is to understand people and knowing oneself through that understanding. The idea of cast and faith of Lalon is universal. He said everyone has a common identity and that is all are humans. Faith, he stated, is not written on a human face. He questioned about the lower and higher casts.
“I recognize a Brahmin by the Holy thread. But
how do I recognize a Brahmin woman?” he question.
Lalon has introduced numerous logics, explanations and subtle yet effective analogies on existence, physiology, psychology, social division. He unmistakably used to trust that the awesome can be discovered just inside the manifestations. That is the reason the everlasting verse of Chandidas, where he commends mankind saying: ‘sobar upore manush sattya/ tahar upore nai ‘. He never needed to be restricted to the shallowness of station and ideology. Through his song, Lalon used to express such exceptional declarations on station and division. This demonstrates how much he was tormented because of the Hindu-Muslim question of the time. This symbol of human religion, adore for mankind and the designer of non-shared line of thought, Lalon did not just fight for the flexibility of human soul, but also uncovered the center of his Sadhana that is “knowing thyself”.