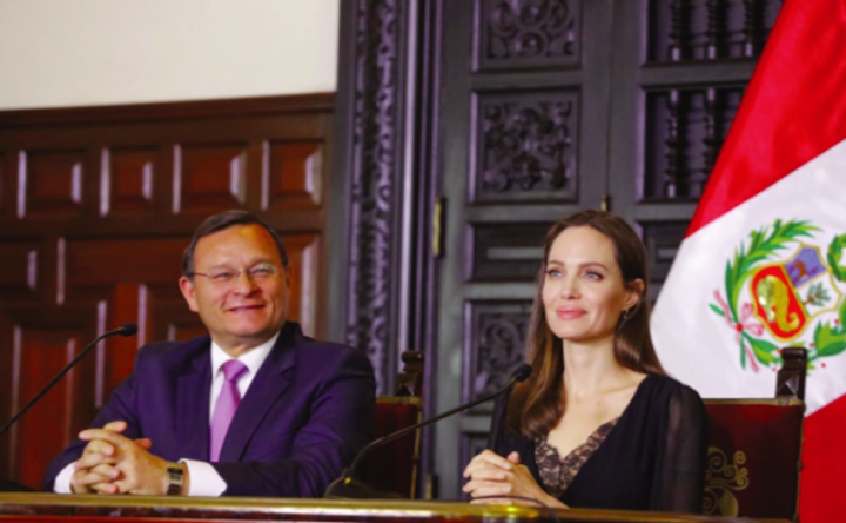 Channel News Asia
U.N. refugee agency special envoy Angelina Jolie voiced support on Tuesday for Venezuelans forced to leave their crisis-stricken homeland and thanked the South American countries hosting them.
Hollywood actress Jolie met with Venezuelan refugees in Lima, Peru this week to draw attention to their plight.
The U.N. has estimated some 2.6 million Venezuelans have left their oil-rich nation, with the majority departing since 2015 amid a crippling economic crisis under President Nicolas Maduro.
“After having spoken to so many people it’s clear to me, very clear, that this is not a movement by choice,” Jolie told reporters in a presentation with Peru’s foreign minister.
“I heard stories of people dying because of a lack of medical care and medicine… people starving, and tragic accounts of violence and persecution,” she said.
Jolie’s visit comes amid a backlash against Venezuelans in some South American countries where they have settled.
Peru was one of the first countries to create a special residency program for Venezuelans, allowing them to work legally in the Andean country of 32 million people. But as the number of Venezuelans here has climbed to nearly half a million, Peru has tightened entry requirements, citing security concerns, and cut the residency program short.
Jolie met with Peruvian President Martin Vizcarra and said they discussed ways the international community can help host countries like Peru accommodate Venezuelans.
“As in nearly every displacement crisis, the countries that have fewer resources are being asked to do the most,” Jolie said, thanking Peru and other “very generous” countries like Ecuador and Colombia for hosting displaced Venezuelans.