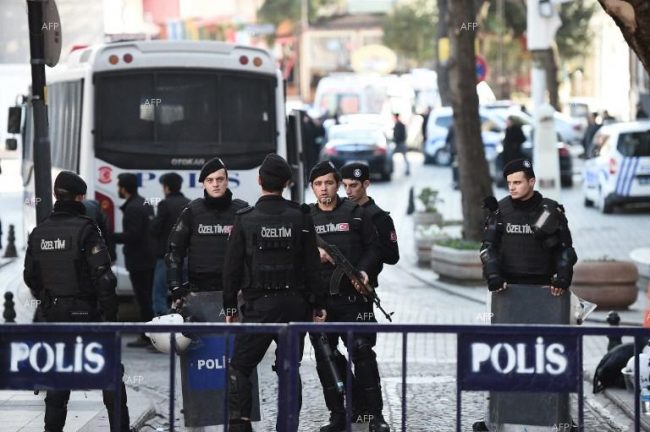 During raids in Istanbul Turkish police have detained 20 people, including 15 foreign nationals, on suspicion of links to Islamic State, tightening security ahead of the anniversary of a nightclub attack in which dozens were killed. The raids by the anti-terrorist branch of the Istanbul police took place on Saturday and targeted four locations across the city, the police said in a statement on Sunday. They did not give the nationalities of the foreign suspects. The state-run Anadolu news agency said the suspects were believed to have been planning an attack during New Year’s Eve celebrations in the city. Turkish police have been ramping up operations against sus pected Islamic State militants in recent days, detaining around 195 on Thursday and Friday. During New Year’s celebrations a year ago, a man with an assault rifle shot dead 39 people including Turks and visitors from several Arab nations, India and Canada at an exclusive nightclub in Istanbul, the country’s biggest city. Islamic State claimed responsibility for that shooting, one of a series of attacks believed to have been carried out by the jihadists and Kurdish militants in Turkey in the last couple of years. A trial of those allegedly involved in the nightclub attack began this month. On New Year’s Eve, the number of police officers on duty in Istanbul will be doubled to 37,000 and public celebrations will be canceled or banned in some districts for security reasons, officials have said. Many roads in central Istanbul districts will be closed, while heavy vehicles will not be allowed to enter some areas, police have also said.