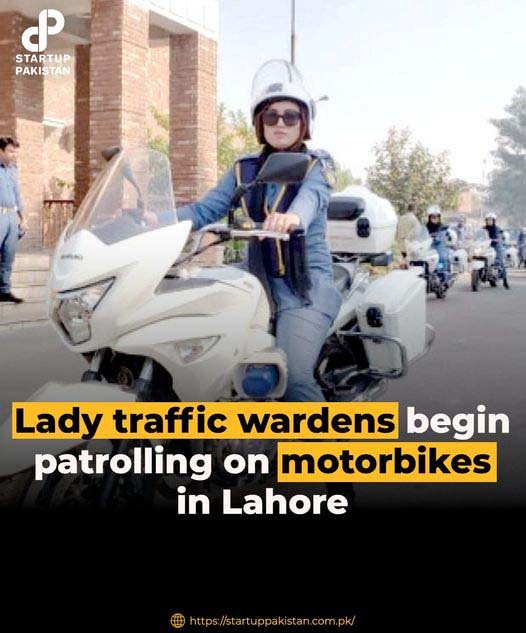 Traffic police are once again mobilising to create a sense of security among women driving cars and motorcycles in the city.
Lahore Chief Traffic Police Officer Muntazir Mehdi inaugurated a motorcycle squad to create awareness and a sense of security among women drivers. In the initial phase, a contingent of 25 lady traffic wardens has been formed. The lady wardens will patrol the roads to give women commuters a sense of security.
The official said on the occasion that the lady traffic wardens would also launch awareness campaigns in various educational institutions. Seeing the women personnel patrolling the roads will also encourage women to ride motorcycles