Toll on Dhaka-Mawa-Bhanga Expressway from July 1 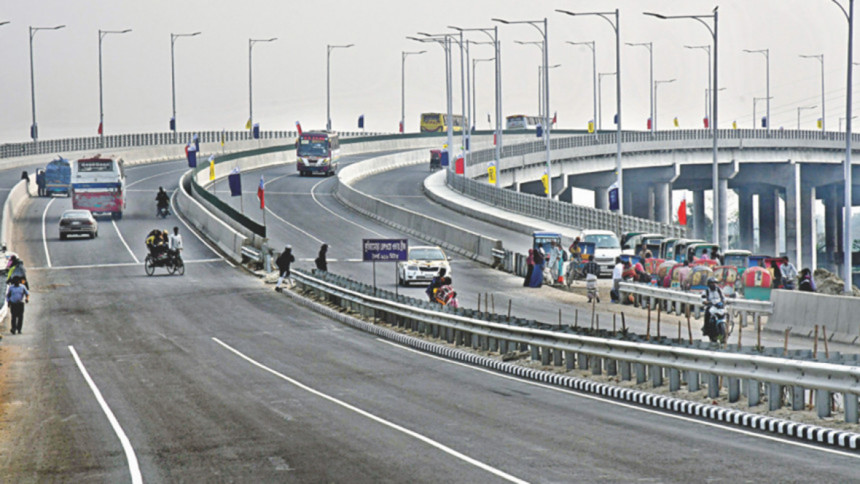 DOT Desk: The government is going to impose toll on vehicles for using the Dhaka-Mawa-Bhanga Expressway from July 1, a move that will push up transport costs, reports Daily Star. As per the interim rate of Tk 10 per km as the base toll, a medium-sized truck would have to pay Tk 550 for using the 55km expressway, aside from paying a separate toll for using the Padma Bridge. The Road, Transport, and Highway Division issued a circular in this regard yesterday (June 26, 2022) which was uploaded on its website yesterday. However, once the authorities start collecting toll from the expressway, they will not collect tolls from three bridges – Buriganga Bridge-1, Dhaleshwari Bridge and Arialkha Bridge, sources said.
As per the circular signed by Fahmida Hoque Khan, a deputy secretary of the division, Tk 10 per km has been fixed as the base toll for the interim period following the approval of the Finance Division.