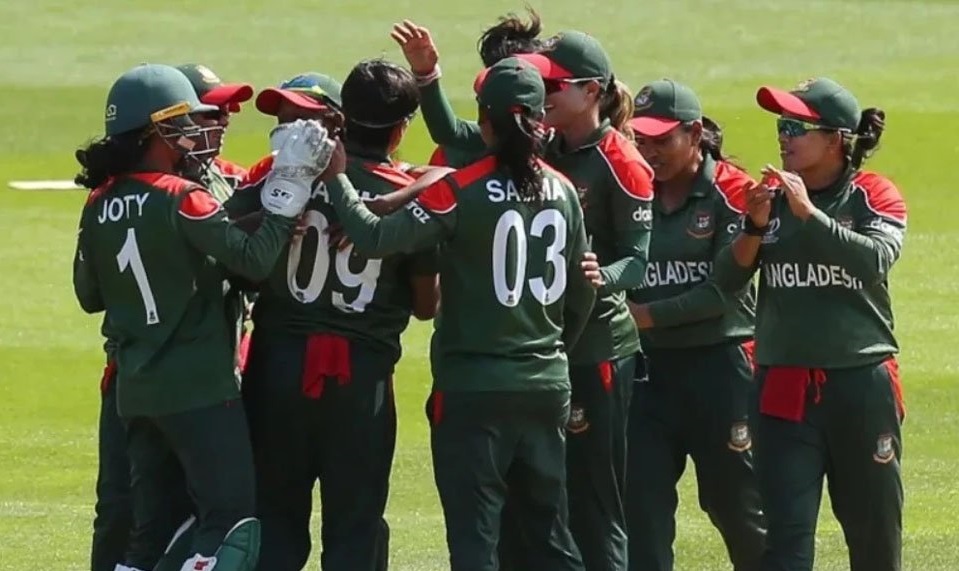 BSS: Salma Khatun claimed 3-18 with her wily off-spin as Bangladesh defended 113-5 effortlessly to beat Thailand by 11 runs in the second semifinal of the T20 World Cup Qualifier tournament at Abu Dhabi on Friday night.
The victory confirmed their place in the ICC Women’s T20 World Cup 2023 in South Africa. Given their performance and the strength of the other teams, the result was expected but Bangladesh’s ultimate goal is to be champions in the Qualifying tournament.
Bangladesh first played in the T20 World Cup in 2014. They played that edition directly as the hosts of the event. However later for the next three times in 2015, 2018 and 2109 they had to play the tournament by overcoming the Qualifiers. In 2015, they though became runners-up, last two times, they were champions of the Qualifiers.