Thomas Edison and his life-changing inventions 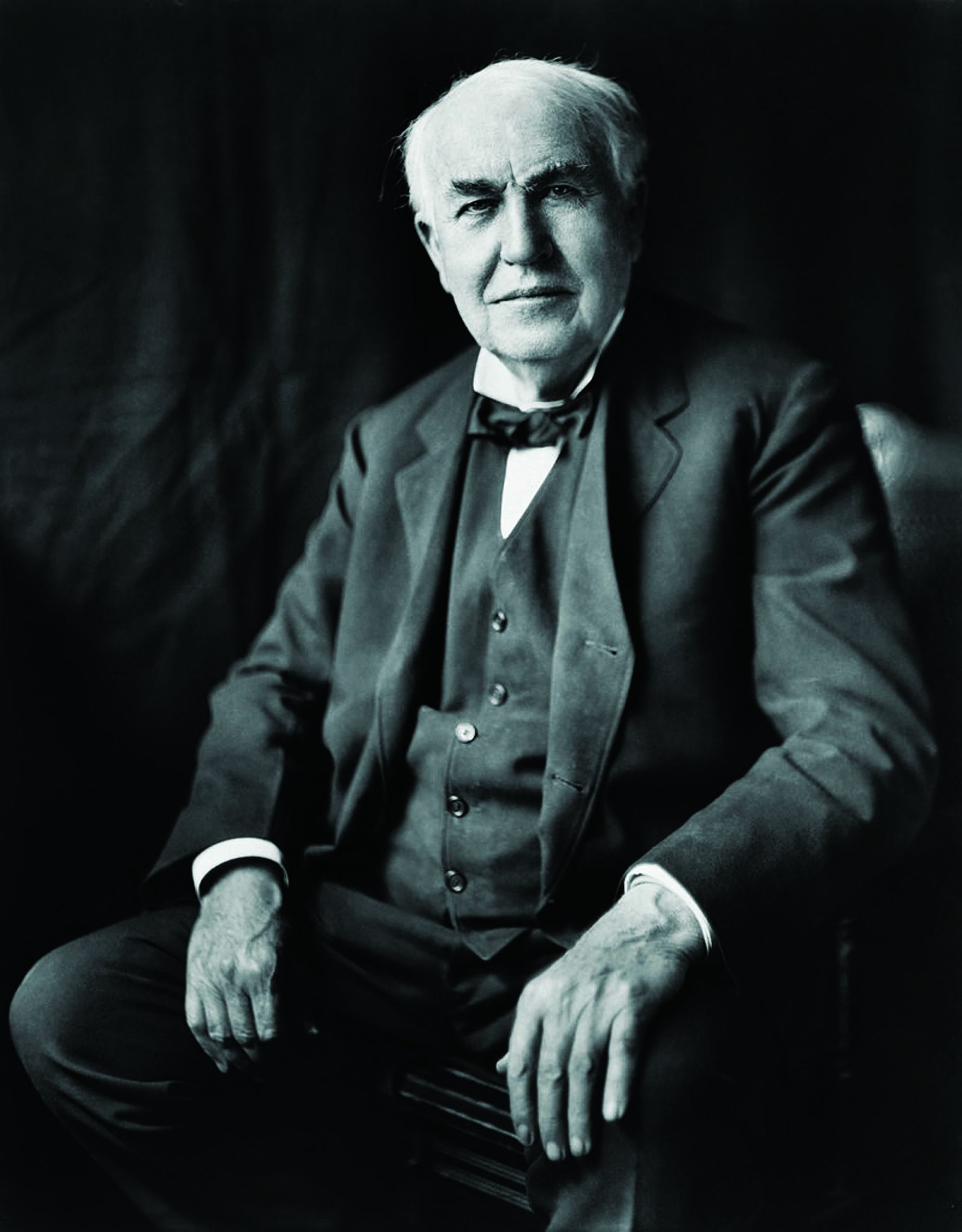 On February 11, 1847 in Ohio, Thomas Alva Edison was born in Milan, Ohio. At a young age he had acquired a hearing problem after the scarlet fever and was nearly deaf his whole life. Today he is known best as the inventor of the light bulb and electricity. But that was not all he invented. When the railroad in his hometown of Milan, Ohio was bypassed in 1854, he moved with his family to Port Huron, Michigan. Though he was only about seven years old, he began selling candy, newspapers, and vegetables on trains going from Port Huron to Detroit. He soon was able to receive the right to sell newspapers on the road. Edison even wrote his own newspaper, The Grand Trunk Herald, which he sold along with a few others. One day while working on the railroad, he saved a three-year old boy from being run over by a train. The father of the boy taught him to operate a telegraph as a show of his thanks. At 15, Edison had become skilled at operating telegraphs. He was soon employed as a telegrapher. For five years to come, he continued to work as a telegrapher. He traveled throughout the midwest frequently for work. At nineteen-years old, Edison moved to Louisville, Kentucky after being employed at The Associated Press in 1866. Sadly, as technology improved Edison found working as a telegrapher harder because of his hearing disability. This meant even fewer opportunities for employment. But two years later when he returned home to find his father unemployed and his mother going mentally ill, he decided he needed to take control of his future. He moved to Boston and found a job at the Western Union Company. During his spare time, he designed and patented an electronic voting device used in legislature for tallying up votes. However, the Massachusetts legislature was not interested. Their reasoning was that legislatures want to take time to sway others’ minds instead of quickly making a decision.
About a year later, Edison left Boston for New York City. There, he created the Universal Stock Printer. While the original stock ticker had been recently invented by Edward Calahan, Edison’s was a much more improved design. He was paid $40,000 by The Gold and Stock Telegraph Company for the rights. Since he had been paid so much money, he quit his job as a telegrapher to become a full time inventor. Edison had already set up his own laboratory and manufacturing facility in Newark, New Jersey in 1870. He began developing more products and sold them to the highest bidder. The Western Union Company was his main buyer, though sometimes their rivals liked to compete with them for the products. One example of this is when Edison had developed a telegrapher called the quadruplex telegraph specifically for the Western Union Company. This new and improve telegraph, could send two different messages using two signals at one. Jay Gould, one of The Western Union Company’s rivals, bought the invention from Edison for over $100,000. In 1871, him and sixteen year old Mary Stilwell married. She had been one of his employes. Together, they had three children, one of which who had also become an inventor, over the course of their marriage that lasted thirteen years. When Mary was 29 in 1884, she died of a suspected brain tumor. Edison had gained the reputation of a top notch inventor by the early 1870s. In 1876, he moved his facilities to Menlo Park, New Jersey. There, he had a new independent research facility constructed. That same year the Western Union Company tried to persuade him to develop a communication device even better than the newly invented telephone. Edison never did, however. He did invent the phonograph in December of 1877, though. The phonograph provided a new method of developing sound. Edison earned worldwide fame for his invention, though it would not be sold commercially for at least another decade. He had the lightbulb design patented in January of 1880. He began working to create a company that would provide electricity worldwide. Thus, the Edison Illuminating Company—now known as the General Electric Corporation—was founded. That next year, Edison left Menlo Park to develop facilities around the country that were having electric systems installed. His wife, Mary, died a few years later though. He went on to marry Mina Miller in 1886 who happened to be nineteen-years younger than him. The couple also had three children. Edison soon built an industrial research facility in West Orange, New jersey in 1887. He spent most of his time there, supervising the development of lighting technology and power systems. During that time he also perfect the design of the phonograph and created the motion picture camera. He called it the kinetograph. Edison also patented the kinetoscope, a viewing instrument, in 1891. Many legal battles with his competitors caused him to stop working with moving film in 1918. He spent his time developing the alkaline storage battery. Originally, it had been intended for the phonograph but was later used for electric vehicles and submarines. Edison continued to work through his 80s. On October 18, 1931 he died at the age of 84 in West Orange, New Jersey.