This tiny German Shepherd with dwarfism will always look like puppy 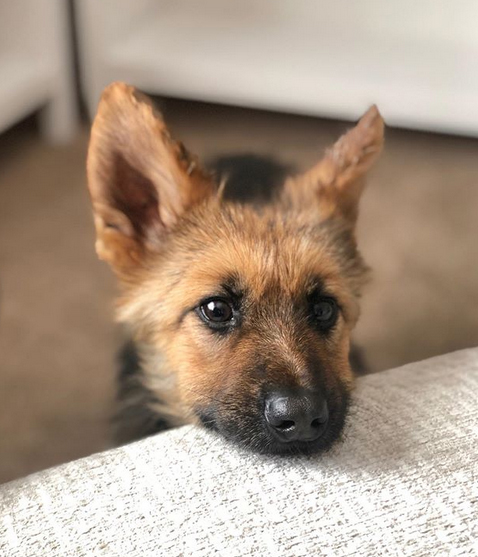 Truth Theory: [2] If you have gone outside and not lived in your house running away from dogs, you must have come across the majestic German Shepherd.
[3] The German Shepherd is probably the most common dog you can come across. Like all dogs, in their puppy stage, they look really cute. As they grow up, they might lose a little bit of that puppy cuteness but they are fiercely loyal and love to be with their humans. [4] A German Shepherd is a large dog, and if you are afraid of dogs, then you might have been petrified by German Shepherds!
[5] But you won’t feel the same way if you come across Ranger. [6] Ranger is a 2-year-old German Shepherd. But there is something different in him – Ranger has stayed in his puppy stage even now. While he might look really cute, he suffers from Pituitary Dwarfism – a rare condition that restricts growth. He was diagnosed with this rare condition when the doctors found out that he had a parasite infection – Giardia.
[7] When Shelby Mayo first got Ranger, she saw that he was smaller than the rest. She thought that it might be because of a parasite – a common one – Coccidia.