This time for Bangladesh? 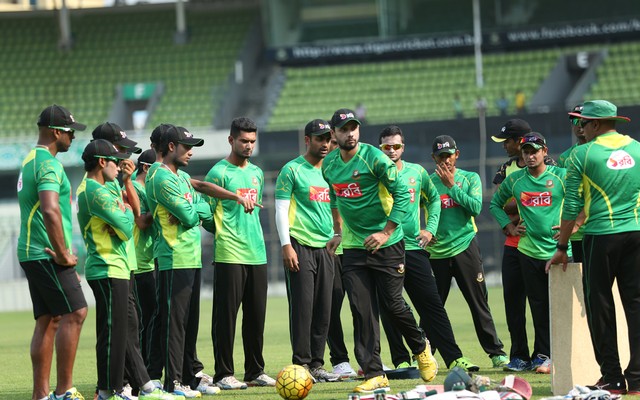 The stakes are high. The soap opera of India- Bangladesh has dragged us here from the infamous World Cup quarter final to the final of Asia Cup 2016. Some will say this rivalry comes way back from the second round of 2007 World Cup. It has been a story of revenge, vengeance and hatred between the fans of two teams. The cricket world has seen dirty AD-wars from “Mawka, Mawka” to “Bacche Ab Bacche nehi rahe”.

In 2007 Bangladesh crushed mighty India, then India won 8 matches in a row before Bangladesh ended their losing streak in 2012 Asia Cup, following that each team won a series a piece. It has been quite a rivalry. The decline of traditional Asian power house like Pakistan and Sri Lanka set the stage for Bangladesh to step up and fill the gap. Once mighty Lankans are suffering from post-traumatic generation gap. The earlier generation produced player like Sangakkara, Jayawardene, Malinga and so on. However, the next generations, Mathews and co. has failed to live with the up expectations and Sri Lanka gradually became a mediocre team.

And what about Pakistan the most unpredictable team in the world? Pakistan has always produced a bunch of killer fast bowlers and some fine batsmen. The real problem of this Pakistan team is in their batting department. They have very good fast bowlers and the return of talented Amir is a blessing. But they are yet to find the successors of batsmen like Younus Khan, Inzamamul Haque etc.

So we are shifting towards an age where only the energized Bangladeshi Tigers can match the might of cricket power house India. An age when India-Bangladesh tie promises to be the most anticipated and competitive in the South Asian cricket rather than the India-Pakistan matches. Time has come from Bangladesh to put a real fight for their first major silverware and assert their credentials.