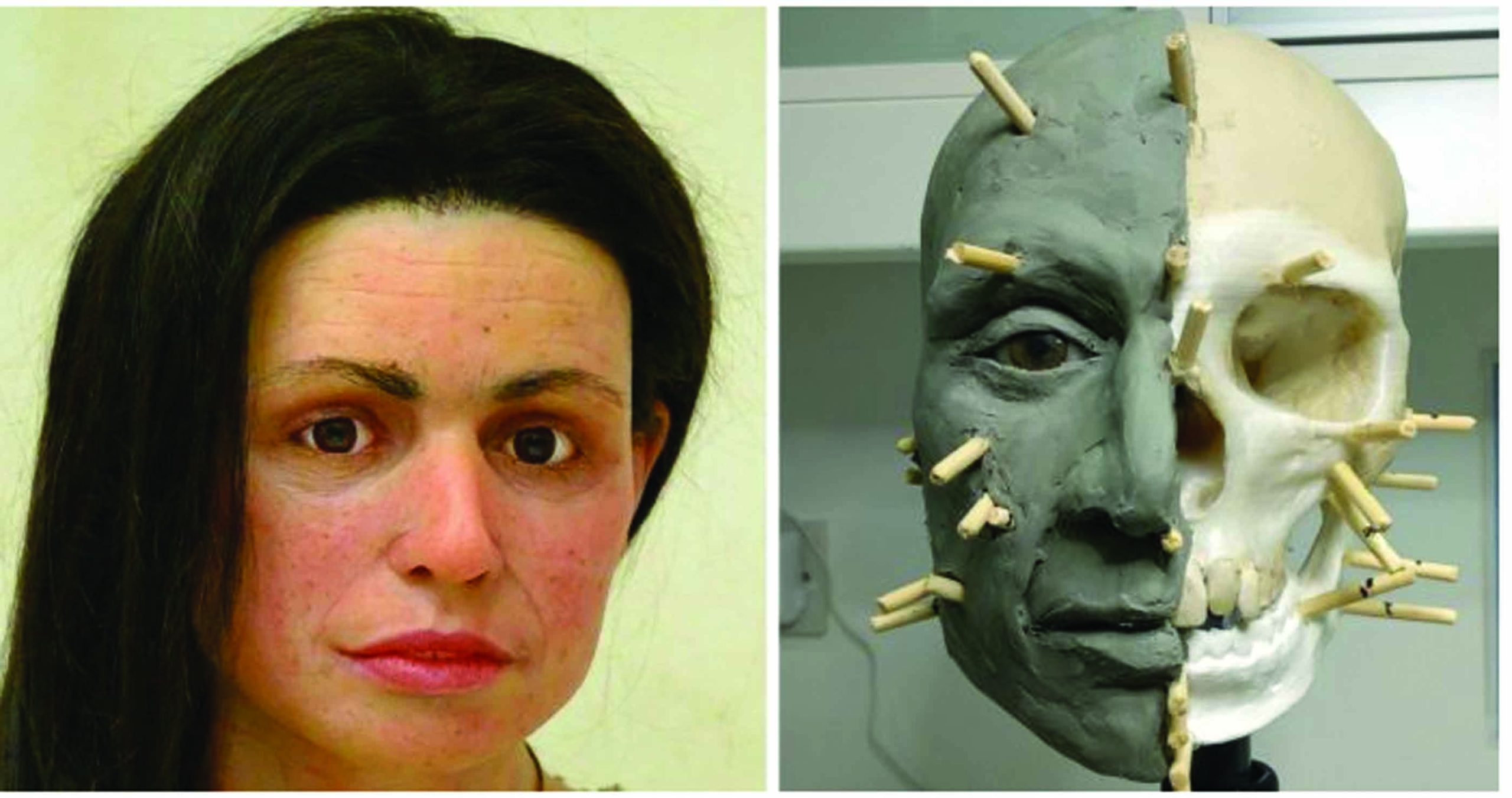 In 1996, archaeologists in Gibraltar found a burial site in a cave that included a human skull. They knew it was was very old, since it was discovered under layers of sediment containing fish, bird, and mammal bones and carved flint objects. So they decided to ‘resurrect’ it.When the skull was discovered in 1996, archaeologists could not gather much information from it, not least due to Gibraltar’s humid climate, which makes DNA deteriorate quickly. At that time, DNA analysis was in its infancy, making extracting useful genetic material unlikely. Also, there was some damage done to the skull, which made it even more difficult to study.So, all odds were against us recreating Calpeia’s physiognomy – this is how scientists named her after the classical term for Gibraltar, known in ancient times as Mons Calpe.
However, in the ensuing decades the study of ancient DNA made great strides. In 2019, Science published the genome analysis of 271 inhabitants of Spain, Gibraltar, and Portugal, including the 1996 skull, after researchers at Harvard Medical School were able to extract viable samples of ancient DNA.

The Gibraltar National Museum then proceeded to create a forensic anatomical reconstruction of Calpeia’s face. They scanned her broken bones and utilized 3D cloning and restitution programs to recreate missing and damaged portions, including her jaw. The team combined the data from the scans with the results of the genetic analysis, and then spent six months to create a striking, lifelike visage of her.