The role of the intellectuals in society: Bangladesh context 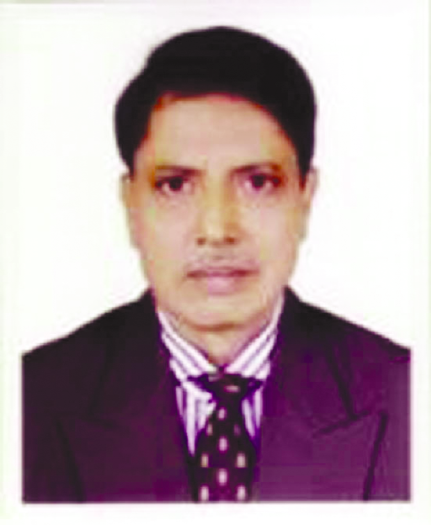 Dr. Forqan Uddin Ahmed, Former Deputy General and Commandant, Ansar VDP Academy : Intellectuals are enlightened persons are those possessing intelligent understanding of the ideas and thoughts as well as the problems of the society. They are from a minority in the society, and they are the Ôleaders’ of thought. They can lead the majority to the understanding of various issues–political, social and religious– and influence their minds. They may be called elites of the society; the articulate class who also express their ideas and understanding through speeches and writings. It is said that they `create culture’ as a matter of fact, intellectuals interpret culture while artists, authors, philosophers, scientists create culture, and transmit culture to the people.

Intellectuals are not as efficient as rebels and activists. However, they are good speakers, good writers and cleaver publicists. They are articulate persons and so they dominate the minds of those who are of average intellect. The common people know very little, but they possess a certain commonsense and common decency, they have not the wit to think out policies themselves. But, they can understand what the resourceful intellectuals say to them. They are the cultured minority, but they remain the leaders of thought and ideas. They cannot assume the responsibility of running governments or social organizations. They have the strength of ideas and not the strength of initiative and action. They cannot wield power and authority, though they provide ideas about how to get and wield power.

Intellectuals are social and spirituals leaders. They show how a man can gain happiness; how they can best lead their life. Bernard Shaw of the modern age is a great intellectual irritant. He has demolished many of our cherished ideals and conventional morality. He has shaken us out of our complacency and has made us think of many values and institutions in a new way. Bertrand Russell has suggested men the road to happiness which is a very simple thing and which is independent of any philosophical or religious practices. The writers like D.H. Lawrence, H. G. Wells and Aldous Huxley are intellectuals who have helped men reassess things in the light of reason and rationally. Marx and Fieud are great intellectuals of the modern age who have reoriented our outlook on history and psychology and have stimulated our thinking about many issues of life. Marx has explained the laws of development of human society. Marx shows that the people themselves forget their own well-being and freedom. Freud, on the other hand, shows how human behaviors are molded by sexual urges. These views may not be acceptable by all, but they shake our minds to new awareness and fresh thinking.

In Bangladesh, the intellectuals have limited scope to serve the society under an organized banner. They are disorganized and lacking the state’s backing. If the state takes the responsibilities and bring them under a unique platform of umbrella, the society may benefit and get enlightened. They are not integrated and become isolated from the society. They have their capabilities, but they are detached from their fellows and even from the problem of the masses. Many intellectuals even do not want to stay in Bangladesh. They live abroad far from their motherland and do not bother for their natives. They do not like to mingle with the poor and the common people. Always they have the tendency to keep them aloof. They do not involve themselves with local problems, well and woes, crises or dangers. They do not want to alienate with the local culture and have the tendency to avoid good efforts by which the society may upgrade and change its old concept. They apprehend and assume if they become concerned to any issue, it may cause detriment to one’s name and fame, power, image and status. They assume that with their involvement in the nation’s activities their reputation may be lost. So with this mindset of our intellectuals, the society cannot be built with the better foundation. As a whole, the society suffers for lacking of good counseling, guidance and teaching. Again, some intellectuals are made cornered by jealousy, ideological differences in opinion and above all, for ego problems, so called elite mindset and clash of interest.