The retro DIY wedding that blew up Instagram feeds 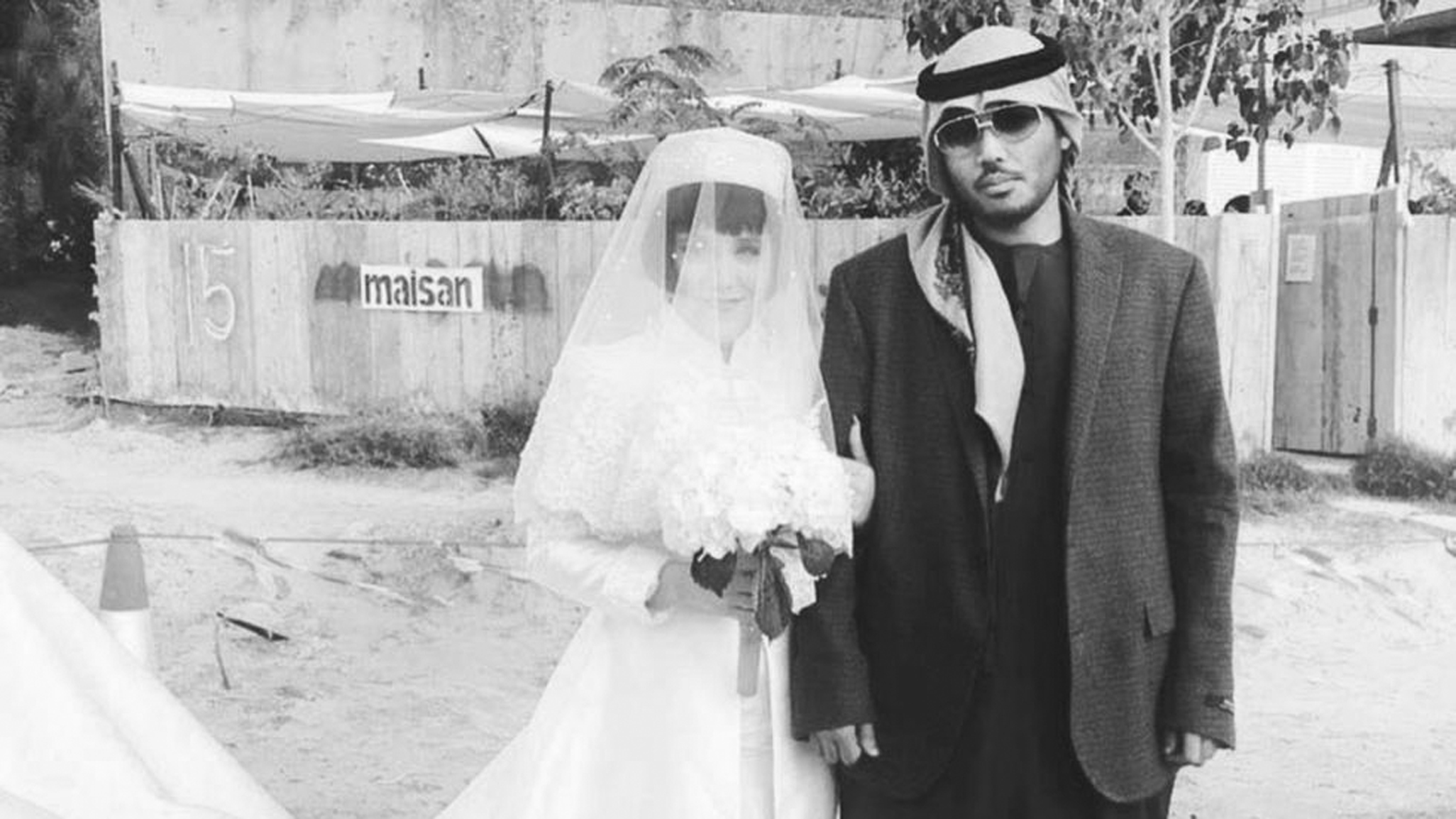 The only heels at Tamila and Ahmed’s sneakers-only wedding was how they fell head over heels in love
Love is patient, love is kind. Love should also be comfortable and laidback, proved Tamila Kochkarova and Ahmed A at what is possibly one of the most effortlessly cool weddings of 2019, when they chose to walk down the aisle in sneakers – him in Nike Air Max 1 Animal Pack and her in white Nike Air 98s. ‘What’s better than a wedding you can wear a pair of sneakers to?’, Tamila laughs, explaining the reason why the dress code to their nuptials instructed guests to come dressed to the nines in the unconventional combo of formals and sneakers. The solemates met in 2016 at Sole DXB – the annual urban lifestyle festival that celebrates hip hop music, art and sneaker culture.‘I was helping a friend out in their stall and Ahmed’s clothing stall was right next to ours. But he practically ignored my existence all of that weekend because he’s shy by nature,’ 22-year-old Tamila, a photographer, laughs fondly.
It took 28-year-old Ahmed, an accountant, another 10 months before he finally asked Tamila out for coffee on Instagram and thwarted her plans to leave the UAE for higher studies. Ahmed popped the question by hiding the engagement ring in the microwave.If Tamila and Ahmed’s meet-cute sounds like it’s straight out of a millennial romcom, then you can’t even with their retro DIY wedding that blew up the ‘it’ crowd’s Instagram feeds earlier this year. Far from an aspirational attempt to mould their nuptials to become Pinterest goals, their relaxed wedding aesthetic was a natural extension of their conservative and low-key natures, says Tamila.
‘Both of us had envisioned this day our entire lives and knew exactly what we wanted to do with it.’The couple chose to sidestep a planner, instead placing their trust in friends and family. Maisan 15, the chic artsy Barsha café where the couple had their first date, was chosen as the wedding venue. Tamila’s mum shopped her dreamy vintage gown from Spanish label Pronovias at Brands For Less and a traditional Uzbeki headpiece. The couple jointly finalised the multicultural menu, which included Uzbeki cuisine to reflect Tamila’s background and Emirati and Thai cuisine to pay homage to Ahmed’s mixed heritage. Ahmed organised the music line-up that boasted the crème de la crème of Dubai’s DJs and a set by the groom himself, who played the bride’s favourite song, I’d Rather Be With You, by Bootsy Collins.
‘Feeding that cake to each other was my favourite part of the wedding because of how intimate it was,’ Tamila reminisces. We had over a 100 guests but in that moment, it felt like no one else was present in that room apart from us.