The race to reclaim the dark 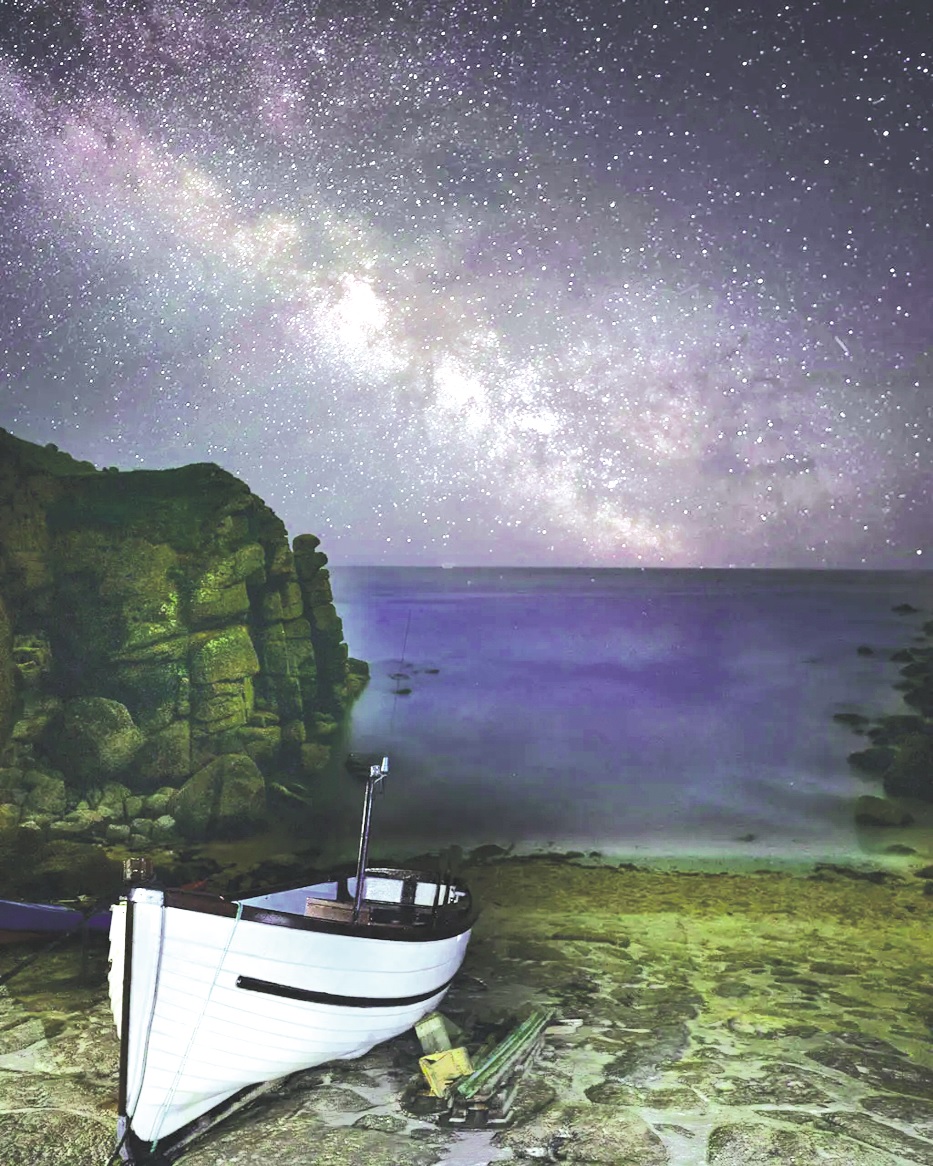 Some 200 places around the world have now achieved Dark Sky status. Frankie Adkins explores the benefits nights without light pollution can bring. On dark nights when the Moon is hidden and the clouds are at bay, Kevin Hughes sits at the bottom of his garden and gazes up at a velvety black sky. In contrast to his childhood growing up in London amidst the glare of orange sodium-vapour lights, he usually sees hundreds – and, as his eyes adjust, thousands – of stars studding the night sky. Hughes lives in Cornwall, a peninsula in the southwestern tip of England that juts out into the Atlantic Ocean.

His home is in West Penwith, a region renowned for its rugged moors, granite tors and mystic stone circles. Dark skies are a portal to this heritage: “These are the same stars that cavemen in furs and woolly mammoths would look at in the Neolithic [era],” says Hughes. Although the landscape around them is undergoing change, with new houses, hotels and developments springing up, residents of West Penwith can feel safe in the knowledge that their night skies will likely be protected for generations to come. This is because in December 2021, the region became a Dark Sky Park: an international marker of exceptionally low light pollution.

Hughes, a former parish councillor who is standing for town council again in September, had the idea to apply for Dark Sky status in 2013 when an album from one of his pop heroes “flicked a lightbulb” in his mind. “One of my favourite singers is Enya, and she released an album called Dark Sky Island,” he says. “It’s about Sark in the Channel Islands, which has absolutely no street lighting or cars. All the songs on that album are about navigating by the stars.” He began researching the International Dark-Sky Association (IDA), a body that recognises and accredits dark-sky areas worldwide.

Founded in Arizona in 1988, the IDA was set up by two astronomers to protect night environments from skyglow – excessive, artificial light directed upwards into the sky.
Globally, light pollution has increased by at least 49% over 25 years. Amidst mounting concern from ecologists and astronomers in the 1980s, the IDA was the first recognised authority in the dark sky movement, and remains the largest today. Since granting Flagstaff, Arizona, the prestigious title of the very first International Dark Sky Place in 2001, the body has supported applications in 49 countries, from Japan to Hungary. It now counts more than 190 sites in its dark sky program, protecting over 110,000sq km (42,471sq miles) of dark places around the globe, including dark sky reserves, communities, islands and sanctuaries.

The status is seen as a seal of approval which can be used by communities as a basis for further conservation, tourism, education or marketing campaigns. And as the benefits of dark skies, including to human health, wildlife and the environment, become better documented, many rural areas are now seeking IDA recognition. The UK currently has the highest concentration of dark sky areas in the world, triggering a “domino effect” as communities race to conserve the darkness. But proving night skies are pristine – or up to the standard of IDA accreditation – is no easy feat.

It took Hughes and a steering group of parish councillors, amateur astronomers and dedicated residents seven years to achieve dark sky status for West Penwith.
As evidence, the group had to undertake a “sky quality assessment”, which involved submitting light meter readings in the darkest areas of the 135sq km (52sq mile) region.
They launched a community campaign, convincing residents to convert to “dark-sky friendly” lighting – fixtures which are shielded, or angled down, rather than beaming up. Local companies and councils were encouraged to rethink their lighting strategies, for example by turning off floodlights and street lights after certain times. The colour of light is critical too. LED lighting – despite its reputation for energy efficiency – often contains high proportions of blue light in its spectrum, which creates a harsh glare. Simply replacing bulbs with narrow-spectrum or low-colour temperature alternatives, can minimise harmful light. Kelvin (K), is the scale used to judge colour temperature, and typically ranges from 2700-5000K. The gold standard is to install lighting with a colour temperature no higher than 3,000K, in keeping with the IDA’s lighting recommendations.

With these guidelines community campaigners hope to educate rather than enforce: “It’s not about turning off Christmas lights, it’s about changing lights when they go,” says Hughes. West Penwith followed in the footsteps of nearby areas Bodmin and Exmoor, which have managed to cinch sought-after dark-sky status in the last 11 years. Other regions of Cornwall have shown interest in following suit, creating the potential to carve out a “dark corridor” through the south west of England. “Our aspiration is to slowly build a whole patchwork of dark areas,” says Hughes. “And as other districts start seeing the benefits, they see this as a win win. There’s no major cost involved, just lots of time to get the registration.”
The Countryside Charity (CPRE) facilitates the growing dark sky movement in the UK, including by writing letters of support for applications. In 2016, it created a “night blight” map of Britain, using satellite data to survey the scale of light pollution. The charity found that 22% of England has pristine skies, and perhaps the capacity to be IDA accredited.

It also has a strong focus on citizen science, with members of the public encouraged to take part in an annual Star Count each February.