The race of Artificial Intelligence and the 3rd world war 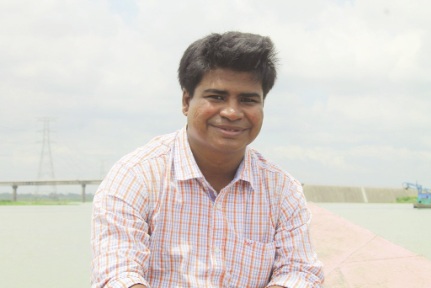 A.S.M Riad Arif  :  The ongoing competition of Artificial intelligence (AI) in international level could be one the causes of third world war and worldwide destruction. Even Russian President Vladimir Putin told in 2017 that, ‘whoever becomes the leader in this sphere will become the ruler of the world’. That means Artificial Intelligence is ready to play a vital role in global politics and the balance of power.
The world is changing much rapidly than any other period. The self-derived cars are available at the road; autonomous drones are using for large scale of destruction. AI is defined as the study of “intelligent agents.” The essential feature of AI is it can think and act likes a human. It is purely automatic and automated. Many of the scholars consider AI as the 4th industrial revolution which may mostly use in war and military purpose. These autonomous weapons are adding the new dimension in warfare which can be remotely piloted or autonomous. The AI race has already started around the globe. According to UN charter technology should be used for establishing peace but many of the nations are using AI for military purpose. The international security experts have already alarmed about the danger of AI race because it may use by any terrorist group or an evil state. Science 2006 Drone strike by the USA at Pakistan, Libya or Afghanistan killed a massive number of civilians including children and innocent woman.
Now at least 30 plus states are researching Battlefield AI technology. China is unyielding about taking the Artificial intelligence crown from the USA. While China has just begun trade war and wants to manufacture a $1 trillion AI industry by 2030. Russia’s annual domestic investment in AI is probably around 12.5 million dollar. South Korea has developed some semi-autonomous weapons. Singapore and India are also in the race and spend a percentage of their GDP for AI research technology. One of the greatest scientists Stephen Hawking warns that the rise of robots may be disastrous for humanity. He told ‘the development of full artificial intelligence could spell the end of the human race. Once humans develop artificial intelligence, it will take off on its own and redesign itself at an ever-increasing rate.
Elon Musk, founder, CEO and lead designer at SpaceX and co-founder of Tesla told that artificial intelligence (AI) poses a threat to humanity’s existence and the national level competition could lead to World War III. AI can transform every single industry. So people may lose their job. The autonomous robot will replace every sector. Autonomous Ships could discover submarines and dispatch weapons. Fake videos and voice are created by using AI. Still, there are no specific rules, and International Law has developed for using AI. The Nations must ensure that they are used ethically, and they should limit its use urgently, or it will be the greatest challenge for human civilization.
The writer is Graduated from South Asian University, New Delhi