The powerful new use for cocoa 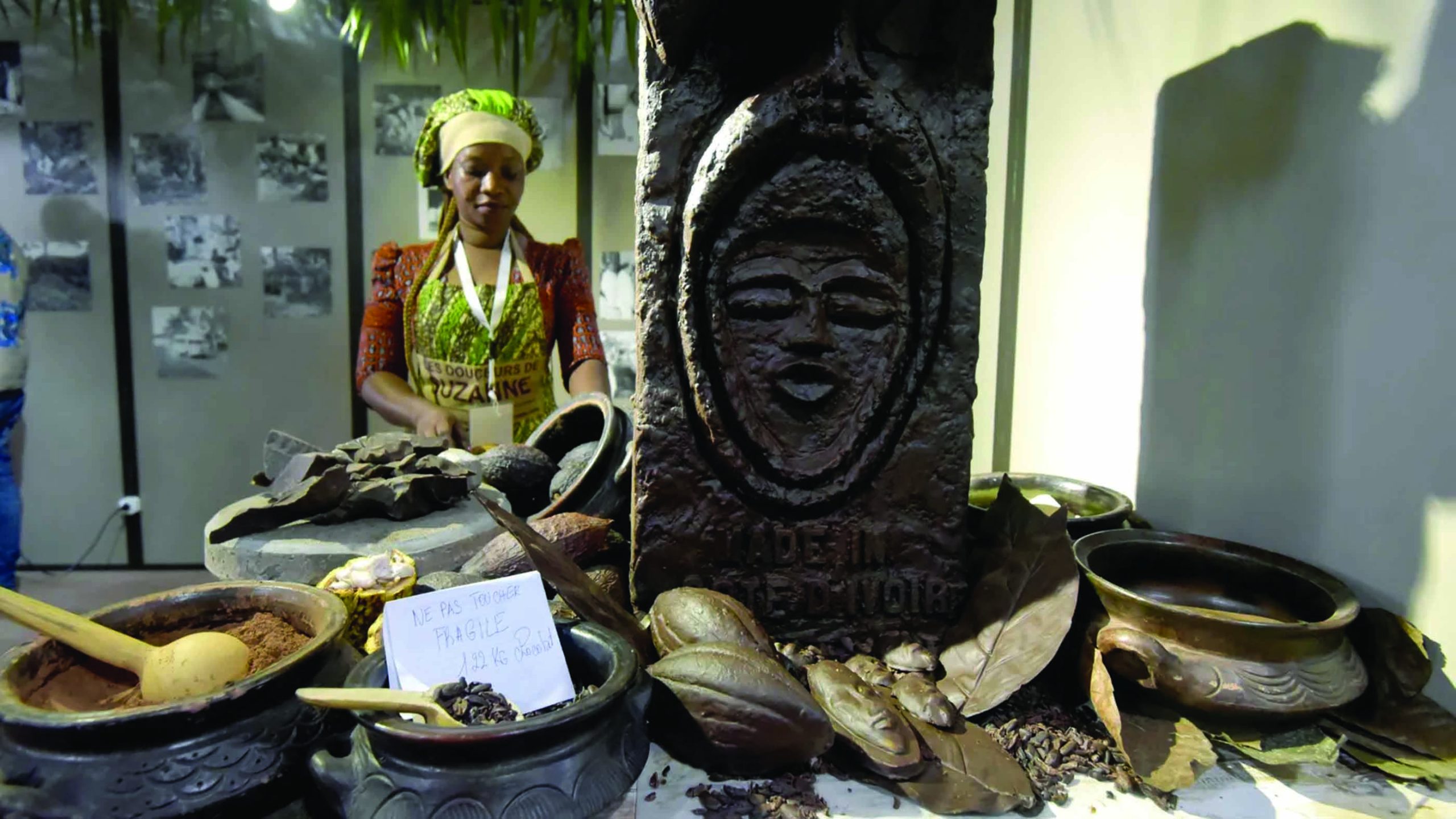 If you’ve indulged in a chocolate dessert lately, there is a good chance that its cocoa came from Ivory Coast. This West African country is the largest producer of cocoa in the world, where more than 40% of all cocoa beans originate. With more than six million people working in cocoa in the country, it is Ivory Coast’s largest export by far. The country’s cocoa beans have been fuelling people worldwide for decades, but now another part of the cocoa plant will soon be powering Ivory Coast.
The coveted cocoa bean is just one small part of the cocoa plant. While the beans are exported to be made into chocolate bars, confectionary and drinks, the bean shells, pod husks and cocoa sweatings (a pale yellowish liquid that drains away during fermentation) are usually thrown away. Worldwide, the volume of cocoa waste is steadily growing.
This waste is now set to become a significant part of Ivory Coast’s transition to renewable energy. After successful pilot projects, Ivory Coast has begun work on a biomass plant which will run on cocoa waste. The facility will be located in Divo, a town that produces a large share of the country’s cocoa. In the biomass plant, cocoa plant matter left over after cocoa production will be burned to turn a turbine and generate electricity, much like a conventional fossil-fuel power plant.
“This plant alone will be able to meet the electricity needs of 1.7 million people,” says Yapi Ogou, managing director of the Ivorian company Société des Energies Nouvelles (Soden), which is involved in building the plant.
Cocoa boost
The Divo biomass power plant will be West Africa’s largest, and Soden, with support from the US Trade and Development Agency, is set to complete by early 2023. It will be able to produce between 46 and 70MW of electricity per year, according to Ogou. Feasibility studies showed that the facility could reduce greenhouse gas emissions by 4.5 million tonnes, compared with existing power sources.
Ivory Coast currently gets most of its power from fossil fuels, with natural gas generating 70% of its energy. The country has a target increasing usage of renewable energy sources to 42% and cutting greenhouse gas emissions by 28% by 2030. In a country with fast-growing energy needs, innovations such as the use of cocoa waste could make all the difference.
In total, the project will cost about 131 billion West African CFA francs (£173m/$244m). Nine other similar plants that will generate electricity from cocoa husks are planned to be built across the country. They will be built in cocoa growing areas where the raw material is in ready supply.
As well as producing renewable energy, it is hoped that turning cocoa waste into energy will help reverse the fortunes of the country’s some 600,000 cocoa farmers. Fraciah, who manages 14 acres of cocoa in Divo, is one of them. For many years, she has been thinking of abandoning cocoa farming altogether in favour of rubber farming. She is not alone – in recent years, many cocoa farmers have been switching to more profitable crops such as rubber or banana due to an oversupply of cocoa – something that has only become worse the Covid-19 pandemic.
“I grow cocoa and it has educated my children but the returns have been minimal,” she says. “We don’t make much profit.” But she welcomes the new biomass power plant, saying it will add to her income and it motivates her to continue cultivating cocoa. “Considering I am a widow – my husband died 18 years ago – extra income will also help me educate my four grandchildren. With more money, I can also save.”Alongside the opening of the new plant, the Ivorian government has also proposed a community cooperative for cocoa farmers. Groups of farmers will be able to save money and access loans, and receive dividends to support their families and businesses.
Mohammed Adow the founder of Powershift Africa, a thinktank located in Nairobi which has advised governments across Africa on energy issues, says that the Ivory Coast initiative comes at a critical time. “Successful utilisation of these cocoa pods will not only ensure universal access to electricity, but also add value to the cocoa production value chain, in addition to other economic benefits,” says Adow. “Job creation through collection, transportation, storage and processing of the pods will be realised. It will empower many economically.”Esther Ruto, general manager of Kenya’s Rural Electrification Authority, also welcomes the cocoa power plant. “It’s a good move,” she says, citing job creation and waste reduction as additional benefits of the plant. “Ivory Coast is one of Africa’s success stories with 94% of its population already connected to the national grid.”Ivory Coast is not the only cocoa producer to put its waste to use. In Ghana, cocoa husks are already being used to generate power on a micro-scale. Researchers Jo Darkwa, Karen Moore and colleagues at the University of Nottingham in the UK have developed a small 5kW generator which runs off cocoa husks. The goal is to bring power to rural areas, where only 50% of people typically have access to electricity. In Ivory Coast, there are also plans for facilities to convert the husks into biodiesel, Ogou says.
Finding more uses for the waste products of one of the world’s most-loved crops could help keep farmers supplying the chocolate industry for years to come – even as climate change makes it harder to grow cocoa.
But even within a crop that faces many pressures there is a seed, or rather a husk, of hope.