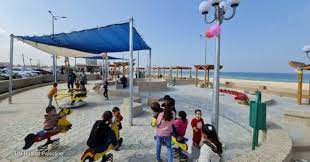 Adored by think tanks and academics alike, there’s no doubt that “urbanization” is becoming a policy buzzword.
Yet the rural exodus of the past 50 years — resulting in more than 4.2 billion of us now living in cities — certainly marks a paradigm shift in the history of our civilization. The Arab region is by no means an exception, with 56% of its population based in urban areas. By 2050, this number will exceed 70%.
This shift has not been an altogether seamless one, however, with cities accounting for the vast majority of greenhouse gas emissions and their surging populations having led to the concentration of deprivation, conflicts, and health insecurity.
The New Urban Agenda, or NUA, adopted and endorsed by the U.N. General Assembly in 2016, was launched to resolve these issues, linking urbanization with development to improve the quality of life and ensure environmental sustainability of our cities and settlements.
At its heart, the NUA is a road map to improve the health and well-being of urban residents around the world. It is closely linked to the U.N. Sustainable Development Goals and particularly SDG 11 — “Sustainable cities and communities,” making our urban areas inclusive, safe, resilient, and sustainable.Indeed, Arab countries such as Bahrain, Egypt, and Morocco, are urbanizing at pace and their leaders have recognized that economic development must be both sustainable and accompanied by meaningful increases in their citizens’ quality of life.
A number of countries in the region have therefore conducted their voluntary reviews on the implementation of the NUA, namely Algeria, Bahrain, Egypt, Morocco, Palestine, Tunisia, and others including Jordan, Kuwait, and Lebanon are finalizing their reviews.
Though we have made strides as a region, we can do more and can encourage other regions and countries to follow our lead. The NUA gives us guidance on how to deliver economic prosperity to urban residents while safeguarding them from the growing impact of climate change, health, and security threats.The New Urban Agenda is needed now
To those who choose to shrug off these challenges faced by our urban centers, there are a few reasons why the NUA is needed — and needed now.First, rapid urbanization generates considerable activity — a great thing but also a source of pollution and a threat to biodiversity. Mitigation of, and adaptation to, the resulting climate emergencies will therefore be essential and must be done in a way that prevents political and social instability, or other threats to the peace. If instability in all its forms is the threat, then a holistic approach to urban governance is the answer and the NUA’s guidance provides just that.
Second, economic and environmental resilience — forever intertwined — are other focal points, which can help national and local governments to combine job creation and worker productivity with battling climate breakdown.
Third, spatial sustainability might sound like yoga jargon, but the opening of ears to NUA guidance can help prevent overcrowding and ensure equitable access to urban space for all citizens.
Fourth, the NUA also provides a road map to achieve social cohesion, peace building, and urban regeneration after conflicts.
Despite the disruption of the COVID-19 pandemic, it’s clear that we are making good progress. Local governments in cities including Amman, Marrakesh, and Riyadh are instituting NUA objectives and guidance in their urban transformation strategies. The NUA has also been complemented by regional action plans, such as the Arab Strategy for Housing and Sustainable Urban Development 2030. A number of countries in the Arab region have adopted and started implementing urban policies. We also had recently the first National Urban Forums in Lebanon and Tunisia.This progress is encouraging, but it is a prerequisite if our cities are to achieve economic, social, environmental, and spatial sustainability. We can and must do more. We will expect more commitments and actions to implement the NUA after the high-level meeting convened by the president of the U.N. General Assembly on April 28.
It is this symbiosis of the international agendas, national and local government actions — a bond of mutual support and shared agency — that will deliver the cities of the future.