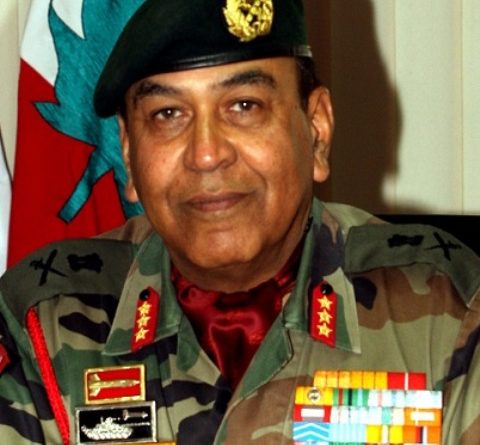 How does an island nation of 400,000 inhabitants, tucked not too far off the coastline from southern India, just a meter above sea level and threatening to go underwater with the swell of rising oceans due to climate change, assume such geopolitical importance that its national election comes so avidly under the scanner of the international community?
It’s a different issue that its football team has also just recently defeated the Indian football eleven in the South Asian football tournament, exemplifying the David and Goliath syndrome which exists in the India- Maldives relationship.
The recently concluded Maldivian election where 89.2 per cent of the electorate turned up at the polling booths, threw up a major surprise as the incumbent President Abdullah Yameen, known to be a hard-nosed dictator, was defeated by a coalition of the Maldivian Democratic Party (MDP) and the Jumhoree Party under the leadership of Ibrahim Mohamed Solih, by a fairly large margin. 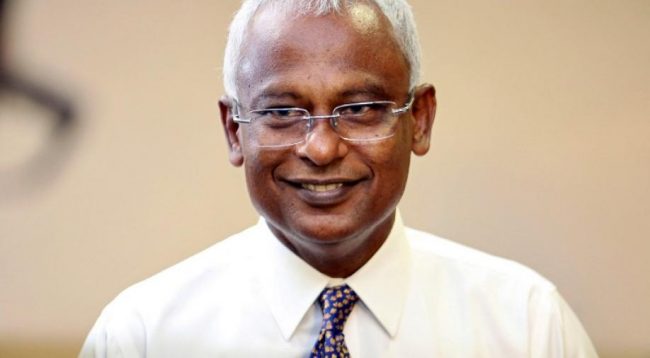 Mohammad Nasheed, the former president, had been disqualified from membership of any political party due to the criminal and anti-national charges that Yameen brought against him. Solih’s victory spells the return of effective democracy and the defeat of the pro-China elements that for the last four years had steered the Maldives away from the traditional influence enjoyed by India as the dominant power of South Asia.
This is as far as the political scenario is being discussed here although it needs to be mentioned that India was perhaps as surprised by the result as many others were around the world. Why are all the big powers and the subcontinental powers, India and Pakistan, so interested in the Maldives?
There are three significant things about the Maldives: its location, real estate, and ideological orientation. From a strategic security perspective, it actually sits atop the sea lanes of communication (SLsOC) which emanate from the Suez Canal and the Persian Gulf and head towards the Straits of Malacca.
It is well known that 70 per cent of the world’s trade and almost 80 percent of China’s energy requirements are transported through shipping resources along these SLsOC. The 1200 islands with about 200 occupied make up the nation. Apart from the large Indian ports of Cochin and Chennai and the Sri Lankan ports of Colombo, Hambantota and Trincomalee , there are no ports between the Gulf of Aden and Straits of Malacca unless we also count Port Blair within this scope. Male, the capital of the Maldives is a small port.
Kulhudhufushi, Hithadhoo and Thilafushi are other ports. In the southern atoll of Gaadhoo, China has been seeking to build a port with much of the physical clearance work having been done. Its location makes it an ideal point in the Indian Ocean to have a base as it is mid-way between the eastern and western extremities of the ocean and suitable as a replenishment point for a naval fleet which wishes dominance in the Indian Ocean.
A large land mass is considered a major asset but in the case of the Maldives, it is the minuscule size which works to advantage. A small country with an underdeveloped economy hugely dependent on tourism would always like to have benign benevolence of a big state. The Chinese have sent tourists in hordes, something India should have done to a greater extent.
China’s romance with Maldives began as soon as it realised the two fold advantage the islands held. First, the ideal midpoint for its new maritime silk route and, second, the scope it offered to drive the string of pearls strategy against India.
The first helps in the ambitious outreach and establishment of an overseas network of states to ultimately sustain the Chinese economy.
The second is to offset India’s natural maritime advantage of being located at the virtual apex of the Indian Ocean Rim (IOR) and in a position to control entry and exit from the Straits of Malacca.
The latter in the context of China is often referred to as the Malacca Dilemma. China is not a country which likes to remain hamstrung by geographic disadvantages.
Thus the Great Game of the Indian Ocean being played by it aims at a series of maritime facilities in the IOR from Djibouti to Malacca and an enclosing string of states, in India’s neighbourhood, under obligation to China.
The strategic intent is threefold – outreach, security of Chinese maritime interests and hemming India through limited coercion. The Maldivian location and territory forms one of the most important points on the canvas of this strategy and serves more than one purpose in China’s purpose. In the last five or six years, China has made great strides in developing this strategy through its Belt & Road Initiative.
China’s successful inroads here send its desired message to other states in the Indian neighbourhood. Equally, the failure of the Chinese camp in the election this time can be exploited effectively by India to send a reverse message that China’s hold in India’s neighbourhood can only be marginal. For India, the Maldivian election should also strongly message that India holds it own in its strategic neighbourhood.
The earlier mention of ideology as one of the issues of strategic significance stems from the well-known fact that the largest ratio of foreign fighters of the Islamic State (ISIS) as compared to a nation’s population base came from the Maldives. It means that Islamic radicalism has penetrated the tiny nation far more than is imagined. The role of both Saudi Arabia and Pakistan is important in this connection.
The Saudi connection is difficult to explain except for the worldwide support to the promotion of its brand of Sunni Wahabi ideology; no specific strategic gain appears evident unlike in Pakistan and Afghanistan where its target is the balancing of Iran’s Shia ideology.
However, for Pakistan, its collusion with China perhaps obliges it to help promote this ideology so close to India’s southern states. The potential for destabilisation of India’s South remains a threat and a contribution towards China’s hold over the islands.
For now it’s advantage India but translating that to real strategic advantage will take much more for India than just being an interested bystander.