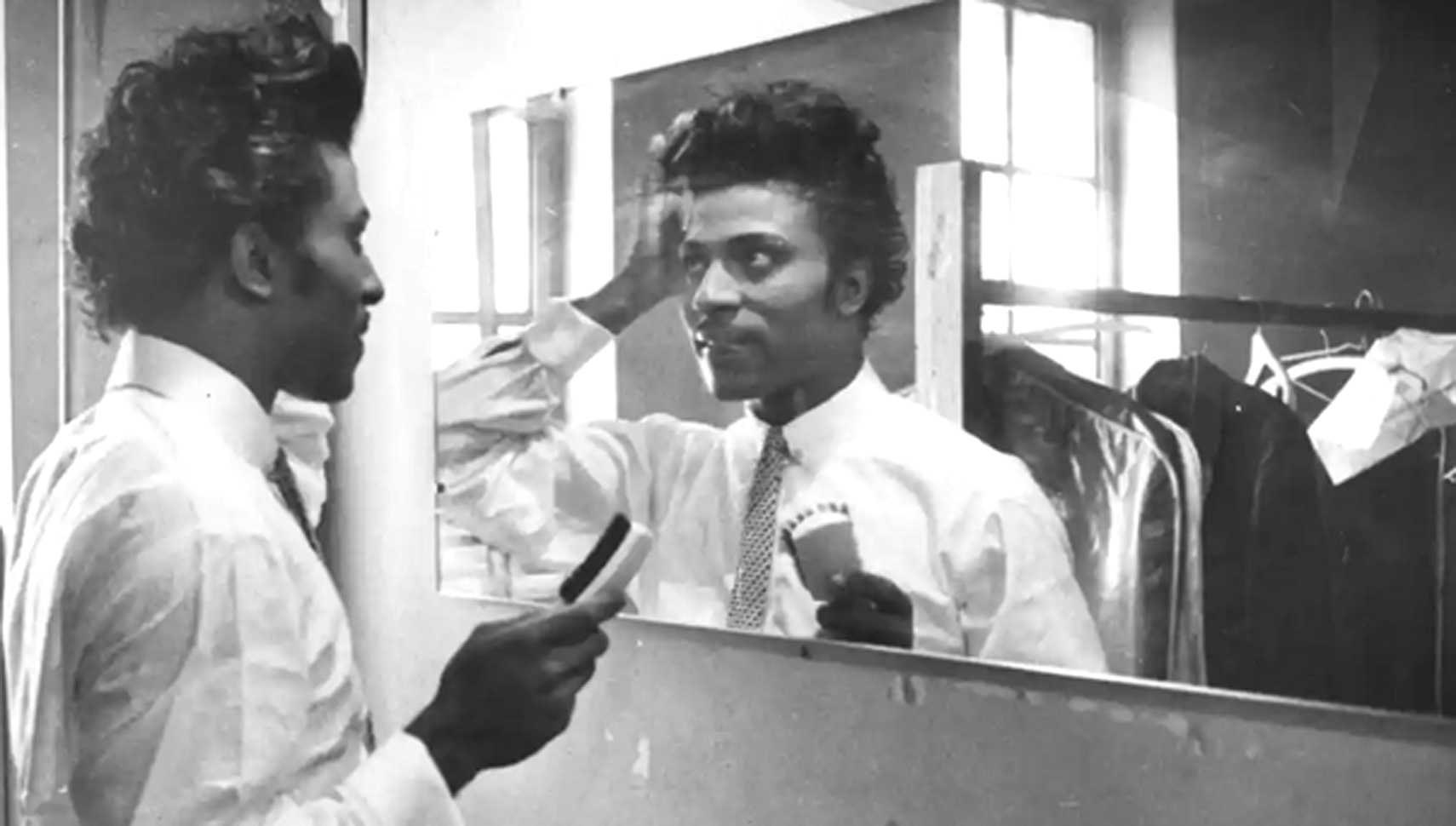 The Guardian: [2] ‘Little Richard scared my grandmother in 1957,” wrote John Waters in 2010. While his grandmother’s fear was largely about the singer’s sound – that trademark shriek at the start of his hit Lucille – his look had a formative impact on the 11-year-old Waters. It is thanks to Little Richard that the film director has the deliciously fake pencil-thin moustache that his fans know and love today.
[3] Waters’ moustache is just one example of Little Richard’s influence on fashion and style. Images of Little Richard, born Richard Penniman, in his 5os heyday show a proud, decade-appropriate quiff – forget Chuck Berry and Elvis, this was the best in the business – plus a mascara-ed moustache, panstick makeup and the look of kohl around his eyes. James Brown, who was a Little Richard impersonator, learned the power of good hair from him. The Godfather of Soul began his career in the late 50s with a quiff worthy of Little Richard.
[4] The kohl and panstick makeup gave clues to Little Richard’s journey. He was thrown out of home at the age of 13; some writers – and even sometimes Little Richard – argued this was down to homophobia, with his father taking offence at his son’s queerness (he later said he was “omnisexual”, before denouncing this term). The teenager then spent time as a drag queen, taking the stage name Princess Lavonne. “I used to call myself at the time the Magnificent One,” Little Richard says to Waters of his early career. “I was wearing makeup and eyelashes when no men were wearing that.” He called himself “the king and queen of rock’n’roll”.
[5] Little Richard was light years ahead of his contemporaries when it came to experimenting with fashion as part of his image – to celebrate flamboyance, to be a complete rock star. His first outfits were smart, boxy suits but not the kind for work. These came with wide-legged trousers that allowed movement, such as slamming a brogue on to the piano.
He later wore wigs – to make that tonsorial statement even more impressive – along with sparkles, crop tops, jumpsuits and headbands. He was the blueprint for the anything-goes permissiveness that developed on stage over the coming decades.